By ALEX OLIVEIRA FOR DAILYMAIL.COM

Dozens of female bodybuilders have accused the sport's most prominent organizers of sexually exploiting them.

The women said J.M. Manion, whose father Jim Manion oversees the National Physique Committee (NPC), the Fitness Pro League, and the International Federation of Bodybuilding, coerced them into doing nude photoshoots in return for favor at competitions and promises of career opportunities.

In an explosive Washington Post investigation, the female bodybuilders said their photos wound up on J.M. Manion's soft-core fitness pornography websites, and that if they refused to comply with his requests or agree to be managed by him they would find themselves frozen out of the sport.

Several former competition judges also said that they observed the Manions changing competitors' scores and placings based on their favor with them, and that one judge close to the Manions - John Tuman - had once suggested improving the placement of one competitor who was 'one of J.M.'s girls.'

The women also alleged that the tournaments were founded on sexual exploitation, with many competitors tacitly understanding that they would not be able to succeed unless they had sex with judges and men running the tournaments. 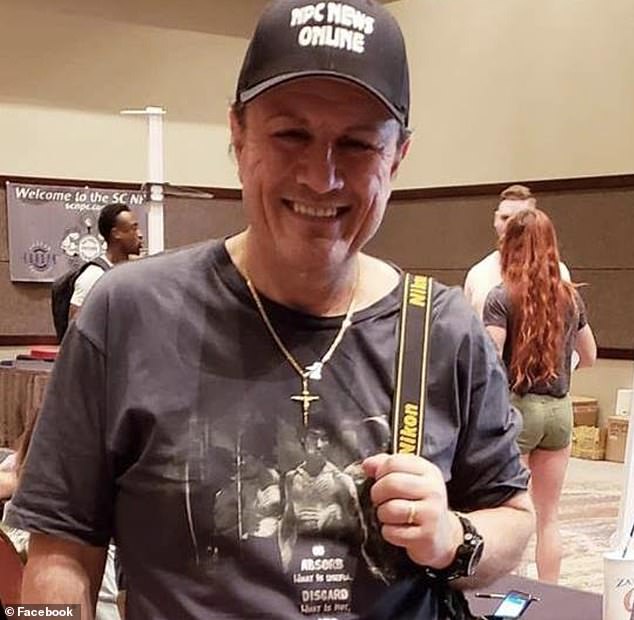 The women accused J.M. Manion, the son of the overseer of bodybuilding's most prominent organizations, of exploiting women in return for career growth 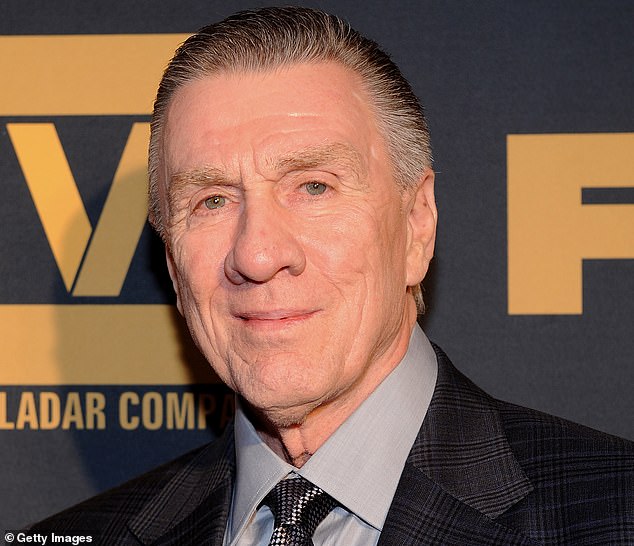 Jim Manion oversees the National Physique Committee (NPC), the Fitness Pro League, and the International Federation of Bodybuilding. Women allege he understood what his son J.M. was doing 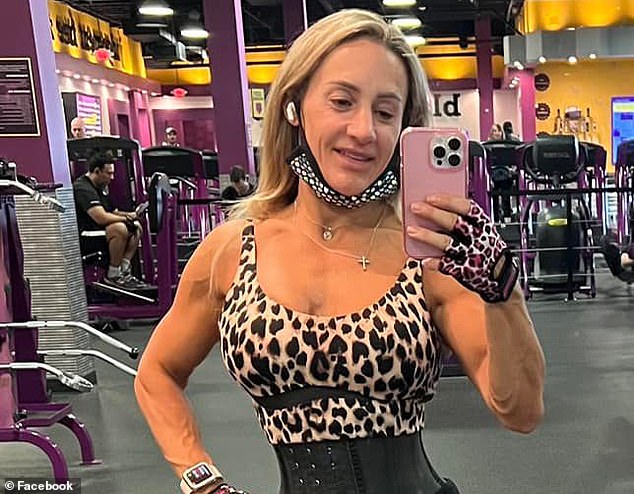 Mandy Henderson said she was promised her career would flourish if she agreed to pose nude, but that those promises never came to fruition

One of those websites, the new defunct Fitness Divas described itself as offering 'Your Favorite Fitness Athletes …Naked!' according to The Washington Post.

Bodybuilder Jenn Gates said she was being managed by J.M. when she won the prestigious Olympia competition in 2008.

She said that at one point J.M. asked her to pose nude while he was photographing her, but that she refused. She later learned that bikini-clad photos of her he had taken wound up on one of his pornographic sites.

'I never consented to having my pictures put on a soft-porn site,' she told the Washington Post.

She said she eventually quit the sport because she was disgusted by the competitions. 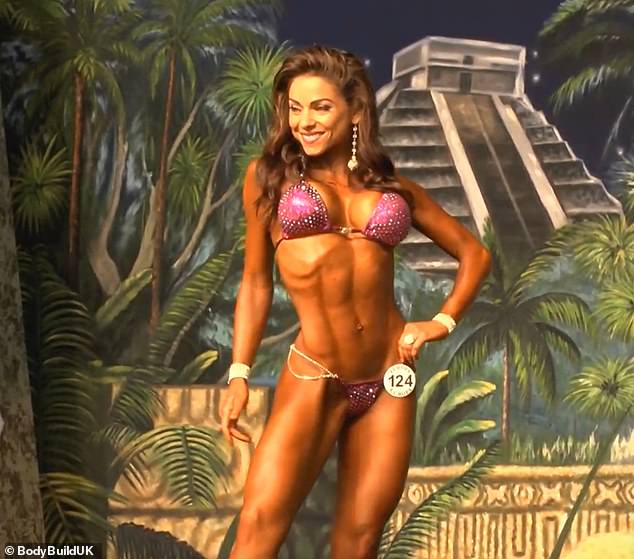 Aly Garcia said she quit the sport after she refused to participate in nude photoshoots, and then also fended off continues sexual advances from judges and promoters 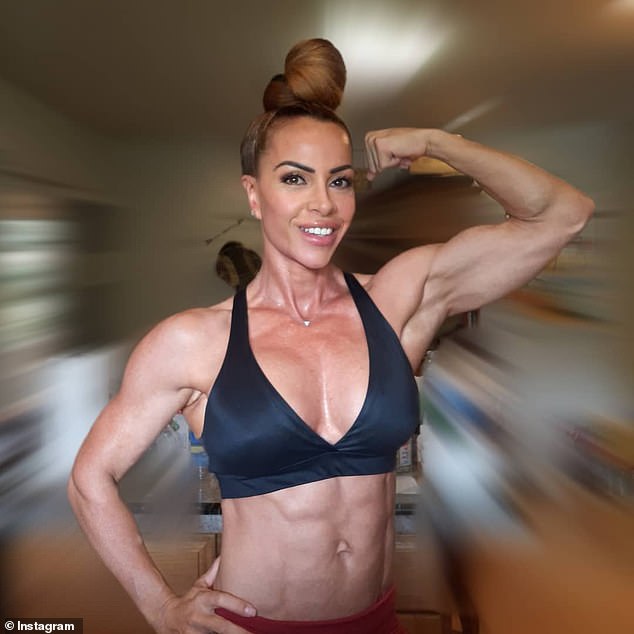 Another bodybuilder, former California police officer Mandy Henderson, said in 2005 she was struggling to place in competitions, and that John Tuman assured her that if she made J.M. her manager and allowed him to take nude photos she would surely receive her pro card - which allows one to partake in professional competitions.

She said she signed a contract with J.M. which stated she would receive half of the earnings made from 'Playboy-style' photos of her posted to one of his websites.

Henderson said during a shoot with J.M. in which Tuman directed her and two other women, Tuman approached her from behind and pressed his groin against her while saying she looked 'really, really good' and 'really hot.'

'He put his arms, his hands, on my shoulders, and he put his groin against my rear end,' she told The Post. 'It was absolutely disgusting.'

She said that by 2009 she still hadn't received her pro card, and that after placing fourth in a national competition she confronted Tuman, to which he said it was because she didn't visit his room the night before.

'So you're saying that because I didn't go to your room and give you a blow job or f*** you, I didn't get my pro card today?' she said to him.

Henderson said Tuman responded that she had misunderstood what he meant.

Tuman denied the story to the Washinton Post, insisting that he was a 'family man.' 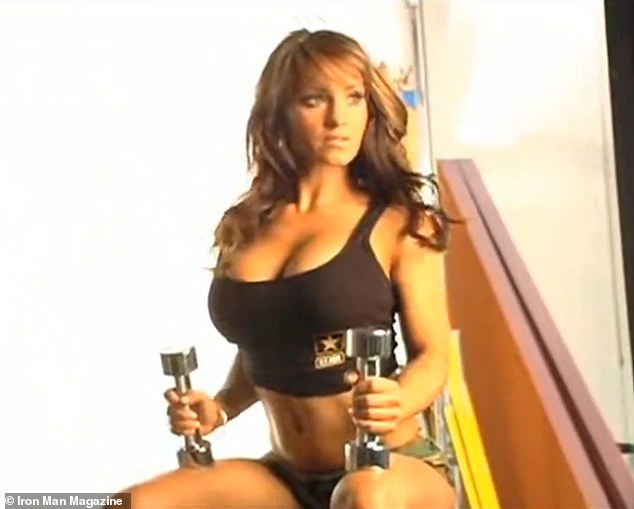 Bodybuilder Jenn Gates said she was being managed by J.M. when she won the prestigious Olympia competition in 2008 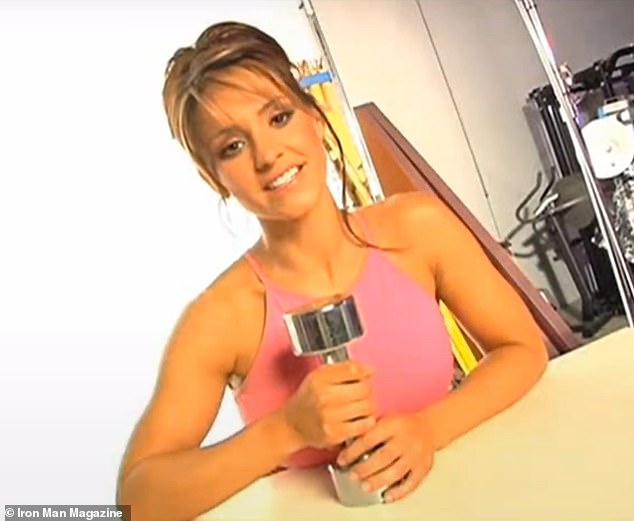 Aly Garcia said she quit the sport after she refused to participate in nude photoshoots, and then also fended off continuous sexual advances from judges and promoters.

Many said that nude shoots and sexual advances often occurred the night before competitions, and were so prevalent they became known as 'Thursday shower nights.' Women said they felt their success the next day would largely be determined by what they were willing to do the night before.

Former bodybuilder Ava Cowan said she 'blew off' J.M. when he tried to sign her to management in the 2000s, and that immediately afterwards she began to place poorly in competitions.

She briefly posted a paragraph online saying she felt sport was corrupt, and that she soon found herself 'blacklisted' from the sport for four years.

She said she reconciled with the Manions later, but that her career continued to sputter.

'You can never come back. Even if you're back, you're ostracized forever,' she told The Post. 'I was just kind of drug through the mud eternally.' 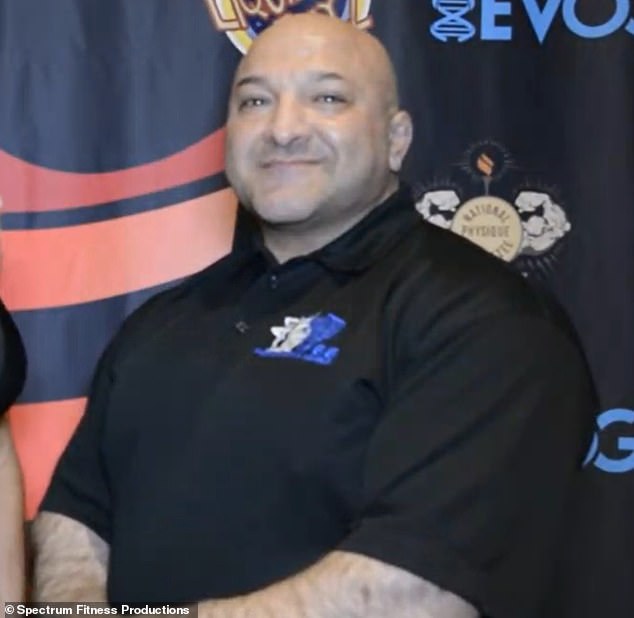 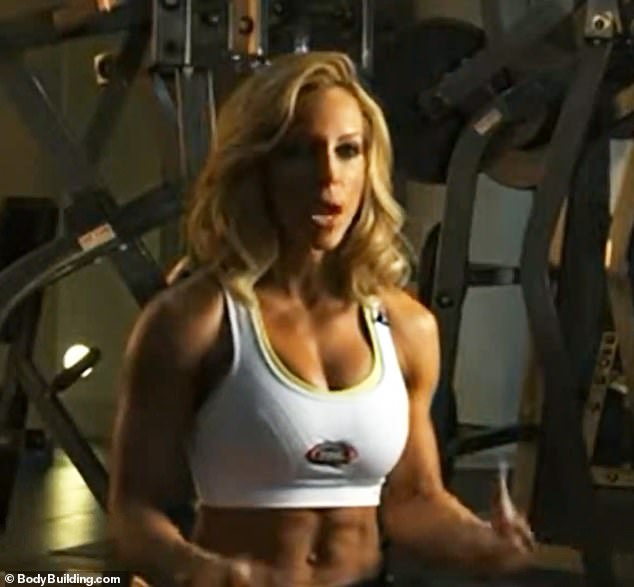 Former bodybuilder Ava Cowan said 'blew off' J.M. when he tried to sign her to management in the 2000s, and that immediately afterwards she began to place poorly in competitions

J.M. Manion did not respond to DailyMail.com's request for comment.

The National Physique Committee and the International Federation of Bodybuilding responded with a statement saying the reporting on the allegations represented 'clear animus' against them.

'We are not interested in responding to tabloid reporting based solely on unsubstantiated tales from unreliable sources with a clear animus against our organizations as opposed to the truth,' they said.

To The Washington Post, the organizations touted what the opportunities they had provided to women in the sport.

'As part of our efforts to grow the sport we have expanded events and opportunities for all competitors, grown prize purses for female athletes, and improved communications for our competitors to raise any concerns they may have with an event or their experience. We address