Alaska Gov. Mike Dunleavy has declared a state of disaster Saturday as a powerful storm threatens huge swaths of the state's western coastline.

Towns are facing strong winds and flooding, and bracing for possible power outages caused by a storm forecasters are calling one of the worst in the state's recent history.

The remnants of Typhoon Merbok are expected to bring moderate to heavy rainfall to the region until Sunday morning. On Saturday morning, a "very angry sea" brought storm surge into the community of Port of Nome, the Weather Service station in Fairbanks, Alaska tweeted. Wind gusts could reach hurricane strength in some areas, Weather Service forecasts say. 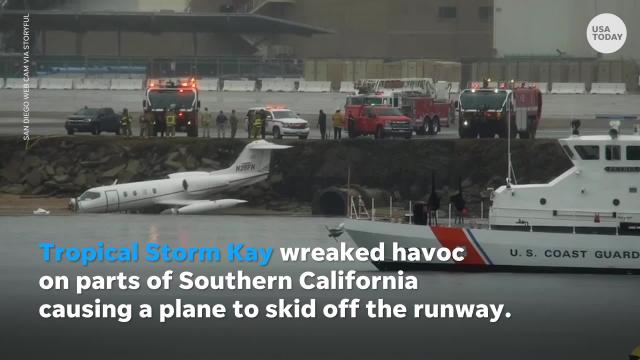 On Saturday, photos showed roads in Golovin, Alaska, were covered with floodwater and the tide reached homes, causing a couple of homes to float off their foundations, the Weather Service station in Fairbanks, Alaska said. Golovin, Alaska is a small town about 70 miles east of Nome.

Other photos shows flooded vehicles and a building stuck under a bridge after being swept off its foundation.

at September 18, 2022
Email ThisBlogThis!Share to TwitterShare to FacebookShare to Pinterest