Amultiple murderer who ‘strangled his victims personally and experienced great pleasure from doing so’ has been labelled a war hero by Vladimir Putin.

Neparatov was released from prison as part of a new programme which has seen Putin recruit some of the country’s most feared convicts in a desperate bid to boost his frontline numbers in Ukraine.

Upon release, he was recruited by Wagner – a group of far-right mercenaries who act as Putin’s private army – and was ‘quickly liquidated’ shortly after being sent to the frontlines in Donetsk.

His death certificate showed he died in August via a ‘gunshot explosive shrapnel penetrating wound to the head’ in Artemovsk, Donetsk. 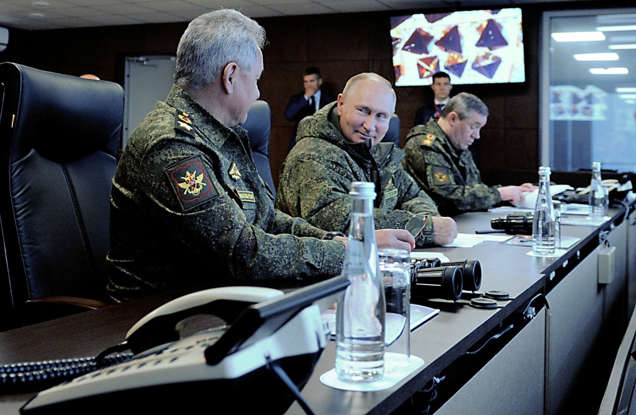 1 of 5 Photos in Gallery©Provided by Metro

Here on 'Putin Watch', for the last six months we have been cataloguing the various ills that the Russian president seems to be suffering from, and now we can add 'bad leg' to the list. Vladimir Putin appeared to walk with a limp as he attended a massive war games exercise. The Kremlin leader, 69, walked stiffly across the room to join defence minister Sergei Shoigu and military chief of staff Valery Gerasimov inside a command post at the Sergeyevsky training range. This latest appearance has reignited speculation about his health, with separate footage showing his leg twitching uncontrollably during a rambling speech to a group of young ecologists (Picture: Reuters) Watch the video of twitchy Putin here

Neparatov was halfway through a 25-year sentence before being sent to fight in the ongoing invasion of the country, and was awarded a posthumous Order of Courage by Putin following his death.

But it is unknown which member of his family will claim the posthumous medal as he was said to be so evil they all disowned him years ago.

New details of the killer’s life have emerged following his death from exiled Russian law enforcement expert Sergey Kanev, which painted a picture of a sadistic monster who loved to prey on the weak.

Mr Kanev said even from childhood, Neparatov ‘loved to strangle and torture animals, for which he received the nickname “Maniac”.’

‘Disowned by his parents from a young age, “Maniac” joined the gang of the local mobster,’ he added.

‘He then started his own gang, extorting money from local residents, engaging in robberies.’

Neparatov was eventually jailed for 25 years in a strict regime colony after being convicted of five murders, with eight of his gang members also imprisoned for killings and terror.

He had served almost half his sentence when he was freed to fight under the scheme which – had he lived – would have seen his sentence commuted.

One female victim was strangled in a robbery, while a man was stabbed 88 times. Neparatov was also convicted of kidnapping and robbery.

‘He was one of the first [prisoners] to sign a contract with Wagner, and went to Ukraine,’ said Mr Kanev.

Olga Romanova, of Russia Behind Bars, said: ‘Approximately 20% of the prison population is recruited – if there are 1,300 people in prison, 300 are recruited.

‘They are not taken out all at once, they take out several squads of 50 to 60 people at a time.’

The convicts are given two weeks cursory training before being sent to the frontline to take on the Ukrainian army.

They’re allegedly paid the equivalent of £3,000 for their service, with their family receiving a payment of £64,000 if they die in battle.

Putin was previously known for encouraging Russians to have more children and halt falling birth rates by bringing back an award created by Joseph Stalin that rewards mums with 10 children.