not to be trusted 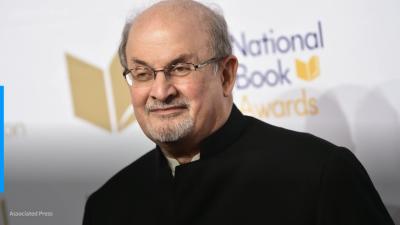 Cheney is the latest Republican to see their political career derailed for criticizing Trump’s lies about the 2020 presidential election. A staunch conservative with strong name recognition, Cheney had been a dominant electoral force in Wyoming since first winning the deep-red state’s lone House seat in 2016.

But her standing changed dramatically after she voted to impeach Trump for inciting the Jan. 6 assault on the U.S. Capitol. She later became the vice chair of the House committee investigating the attack, a position she has used to condemn the former president for his efforts to overturn Joe Biden’s victory.

“Now the real work begins,” Cheney said during a defiant concession speech Tuesday night. “I have said I will do whatever it takes to ensure that Donald Trump is never anywhere near the Oval Office, and I mean it.”

The specifics of what that may mean beyond her continued participation in the Jan. 6 committee are unclear. But there has been speculation that Cheney’s political career won’t end when she leaves the House early next year. This week, she launched a new political action committee funded by millions of unspent dollars left over from her primary campaign. She even said she’s “thinking about” a presidential run in 2024 during an interview Wednesday morning.

There’s little doubt that Cheney will continue her campaign to hold Trump accountable and prevent him from returning to the White House, but there’s also significant debate about how effective those efforts can be and whether Cheney as a candidate could garner enough support to meaningfully affect Trump’s political fortunes.

While few believe Cheney has a chance of actually winning the presidency, some political analysts believe she could do real damage to Trump if she joined the race. In their eyes, Cheney could attract enough votes from the small but potentially significant share of GOP voters who reject Trump’s election lies to either deny him the Republican nomination or tip the general election to Trump’s opponent — if she ran as an independent. Beyond that, some argue that a presidential campaign would give Cheney a platform she could use to keep Trump’s attacks on democracy at the center of the political conversation, even if few voters actually cast ballots for her.