Amber Wallin can pinpoint the moment when she and her husband Ben took off as an interracial couple on TikTok.

In the video she posted to the platform in January 2021, Amber meanders sleepily down the hall to the living room, mumbling profanely about how it's time to go to bed. Next, the camera turns to Ben, sprawled on the couch in front of a TV, crying because the character in the video game "Ghost of Tsushima" that he thought was dead had returned to life.

It was a funny clip gamers could relate to. But many of Amber's followers - likely thinking Amber was about to dress down her kids instead of her husband - were delightfully surprised to see that the loud Black woman with the Georgia accent was chastising a nerdy White guy from Long Island.

The likes and comments started rolling in. 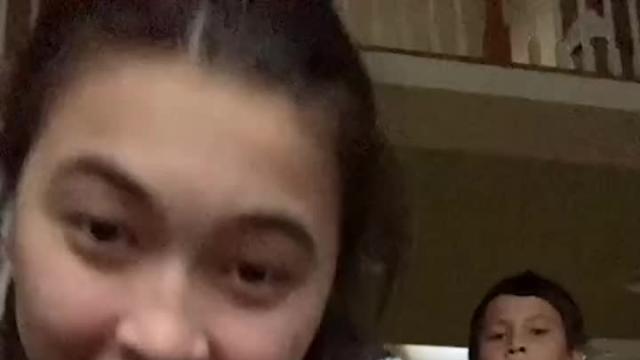 Hana St. Juliana dancer with her brother on TikTok

Hana St. Juliana and her younger brother, Noa, do a choreographed dance together for a TikTok video

"People were like 'Who's that? Are they together? Wait, say more,'" said Amber, 31, a comedienne who launched the TikTok to showcase her own talents and has now a