It's getting hotter in Greenland, and last weekend temperatures rose enough to cause 18 billion tons of the country's ice sheet to melt over three days.

Scientists have warned about the fate of Greenland's ice sheet and say what happened between July 15 and 17 is the latest massive melting event contributing to an increase in the global sea level.

The amount of water from the melt – about 6 billion tons a day, or 18 billion tons over the weekend – is enough to "cover West Virginia in a foot of water – 4 inches per day, roughly," Ted Scambos, a senior research scientist at the University of Colorado's Earth Science and Observation Center and National Snow and Ice Data Center, told USA TODAY. 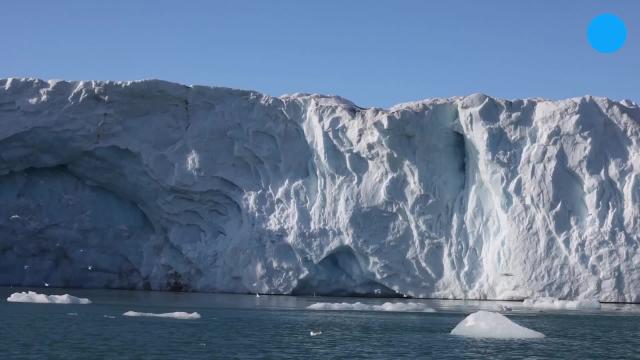 Much of the melting came from northern Greenland because warm air drifted over from the Canadian Arctic Archipelago, Scambos said.

There is also a high-pressure dome over Greenland. Together, they created an "unusually extensive melt event," he said.

Temps heating up in Greenland

Temperatures vary over Greenland, but the coldest temperatures are in areas of high elevation, toward the center of the ice sheet, said William Lipscomb, a senior scientist in the National Center for Atmospheric Research’s Climate and Global Dynamics Laboratory.

Once temperatures are above freezing or 32 degrees Fahrenheit, the melting begins. Temperatures last weekend were around 60 degrees, or 10 degrees warmer than normal for this time of year, according to CNN.

"In recent years, we've seen a lot of heat waves in Greenland, this recent warming of it being one example," Lipscomb told USA TODAY. "Any temperature above freezing can cause some surface melting."