The site of a Miami condo collapse that killed 98 people in June last year has been bought by a business partner of Donald Trump, the Miami Herald reported.

Hussain Sajwani, the Emirati owner of Dubai-based DAMAC Properties, was the only bidder for the 1.8 acre beachfront plot at 8777 Collins Ave, Michael Fay of commercial real estate firm Avison Young told the paper. The agency was appointed to market the land as part of a class action lawsuit.

The site in Surfside, Miami was where the 12-story Champlain Towers South building stood before it collapsed on June 24 last year.

Sajwani designed two Trump-branded golf courses in Dubai and has partnerships with Versace and Fendi.

Trump turned down a $2 billion real-estate business deal with Sajwani in 2018 because he didn't want to be perceived as taking advantage of the presidency.

A DAMAC spokesperson previously told the Miami Herald that Sajwani plans to build an super-luxury condo building. The company didn't immediately respond when contacted by Insider for comment.

The families of the condo collapse's victims reached a settlement worth nearly $1 billion this month, after a wrongful death lawsuit targeted the engineering firm that identified structural issues and warned about them, the building's insurer, and nearby developers.

The Miami Herald said the proceeds of the sale would go towards the settlement.

A November investigation found the fire alarms didn't sound before the building collapsed, which would have given residents seven minutes to escape.

In 2018, an engineer carrying out an inspection of the 40-year-old building noted a "major" design flaw in the lower level that had led to water damage and corrosion.

"While nothing can take away the pain or suffering, we are happy that we are moving forward with this successful purchaser to help bring closure for everyone," Fay told the Miami Herald.

WhAT ELSE WOULD YOU EXPECT.....

LOS ANGELES (AP) — One man was killed and eight people were wounded during an overnight shooting at a party that drew about 100 people to a Southern California hookah lounge, police said Saturday.

San Bernardino police officers dispatched late Friday found a man shot in the parking lot outside the strip mall lounge, where the party had been advertised on social media in the city east of Los Angeles, Sgt. Equino Thomas said. The man, Allen Gresham, 20, was pronounced dead at the scene, a police statement said.

Eight people who were shot and wounded were treated at hospitals. Some were taken by ambulance and others went on their own, he said. Police said their injuries did not appear to be life-threatening.

Like i have always saud about socail media .....it brings nothing but trouble and the lowest of human beings  out .......its social media a platform of  servile filth

Courtney Clenney, 25, allegedly attacked Christian "Toby" Obumseli earlier this month in a luxury high-rise condominium. More than a week later, no criminal charges have been filed
By Kyler AlvordApril 12, 2022 11:23 AM
advertisement
FBTweet 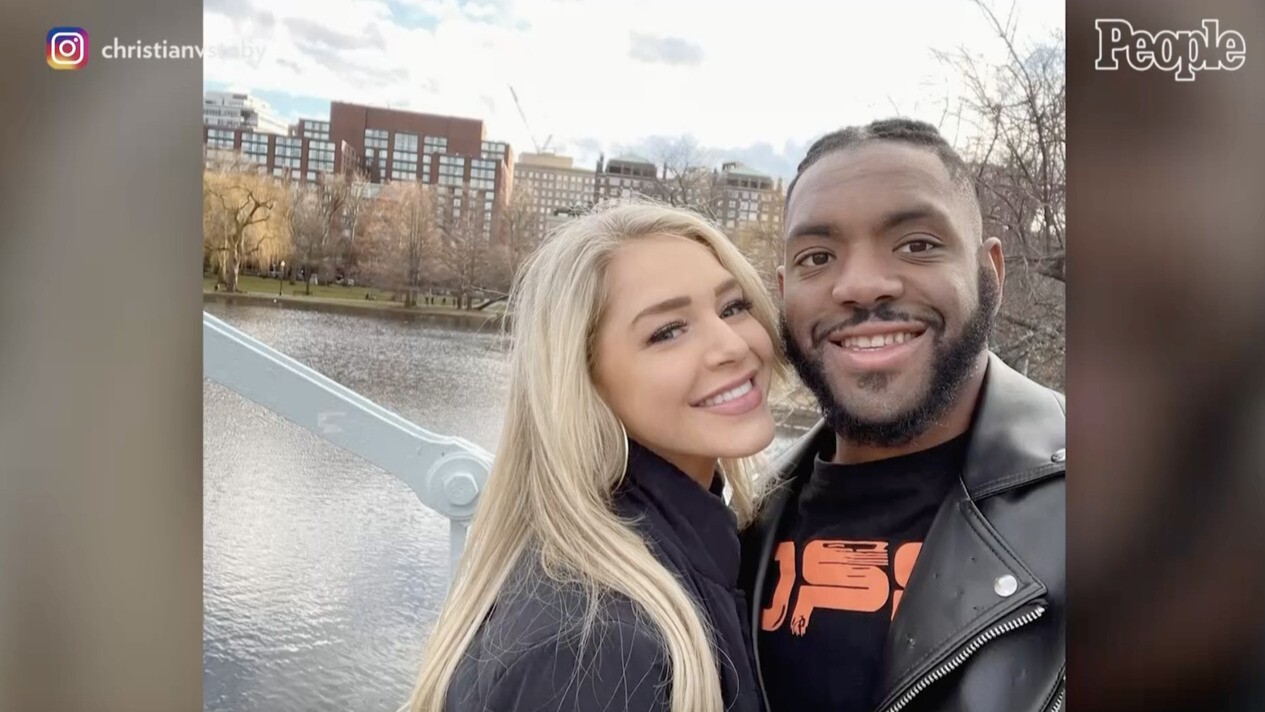 Christian "Toby" Obumseli was a week away from celebrating his 28th birthday when he was fatally stabbed inside a Miami condominium on April 3, allegedly by his girlfriend, popular OnlyFans model Courtney Clenney.

Authorities arrived at the scene of the alleged attack just before 5 p.m. They discovered a woman in the residence with Obumseli, according to a statement from the Miami Police Department. She was promptly interviewed by detectives — but after a week and a half, no charges have been filed in his killing.

"The preliminary investigation determined that both Mr. Obumseli and the female had been involved in a physical altercation," police said in the statement, which refers to the attack as a "domestic violence incident."

Clenney's attorney, Frank Pieto, identified his client as the unnamed woman to local media outlets, but asserts that she did not commit a crime because she was a victim of domestic violence acting out of self-defense. "This is a tragedy for all involved but it was not criminal conduct," he told The Miami Herald. "Courtney was defending herself and the investigation will reveal exactly that."

"We have no cause to believe that this was a case of self-defense," Karen Egbuna, Obumseli's cousin, said during a press conference, according to CBS Miami and NBC News. "Toby was raised with a, by a very strong family with strong morals, strong values, he does not come from that."

CBS Miami reports that family members called Obumseli a "soft-spoken man," saying "the idea that this was warranted is unthinkable."

Jury selection gets underway Monday in the trial of Mario Batali on a sexual misconduct charge.

The celebrity chef is accused of indecent assault and battery connected to a 2017 incident at a Boston restaurant. Batali is accused of forcibly kissing and groping a woman after taking a selfie with her.

Batali faces a maximum sentence of 2.5 years in the Suffolk County House of Correction.

Batali’s lawyer has said the charge is “without merit.”

Batali was once a Food Network fixture on shows like “Molto Mario” and “Iron Chef. But the ponytail- and orange Croc-wearing personality’s high-flying career crumbled amid sexual misconduct allegations in recent years. After four women accused him of inappropriate touching in 2017, Batali stepped down from day-to-day operations at his restaurant empire and left the since-discon

at May 07, 2022 No comments:
Email ThisBlogThis!Share to TwitterShare to FacebookShare to Pinterest

confession behind the double swing doors

You should never  ever trust your waiter or upset them.....because they are the ones in charge f your food ....i was a  waiter on 3 occasions ......and the stuff i saw and heard it was  pretty scary .....trust me if you are going to be  a cunt make sure you have all your food  eaten ....i have seen waiters  do dome  really really and i mean really despicable things to food  to a customer .....people do not think it happens  but  it really really does ...not to mention the cook or  chef  ....most of them are addicts  usually ....i have never seen a  normal one  yet that does  not drink smoke or  do something .....very few  are clean ........maybe i was unlucky  but they  are under  a  lot of stress..... 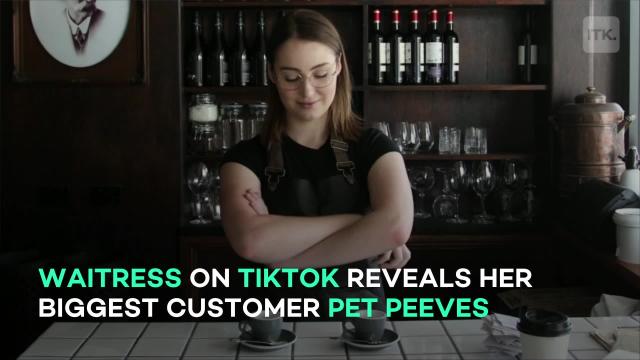 A waitress has sparked an animated discussion after airing her biggest on-the-job pet peeves.

For almost a year, a 24-year-old TikToker, Lizzy Smith (@c0_0l__) has used the app to chronicle her experiences in the service industry. Her most popular videos give insight into the customer behavior that annoys wait staff the most.

What is inflation and what causes it?

TikTok is full of content from service industry workers, who often raise issues that others may not be aware of.

Starbucks baristas have shared their wildest drink orders, including one that was literally too big for the blender. Restaurant workers have been sharing their daily earnings at places like Waffle House and Hooters.

One of Smith’s most popular clips shows the waitress reenacting her biggest pet peeves in real time.

at May 03, 2022 No comments:
Email ThisBlogThis!Share to TwitterShare to FacebookShare to Pinterest
Newer Posts Older Posts Home
Subscribe to: Posts (Atom)