In roughly three minutes, you can fill the gas tank of a Ford Mustang and have enough range to go about 300 miles with its V8 engine.

Related: Inside the $170K solar car that drives 500 miles on one charge 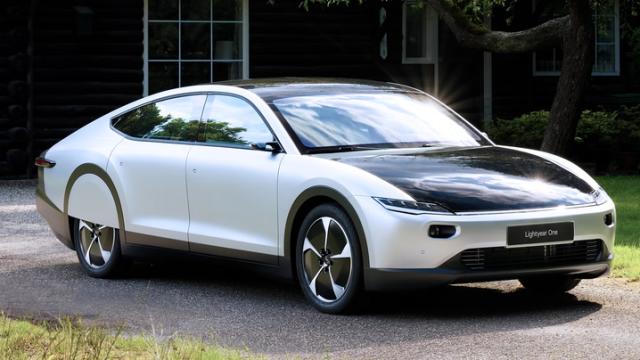 The Lightyear One is a luxury electric car that maximizes its driving range with some help from the sun.

"Overnight, we're looking at 36 miles of range," he told Insider. "Before I gave it back to Ford, because I wanted to give it back full, I drove it to the office and plugged in at the charger we have there."

Standard home outlets generally put out about 120 volts of power at what electric vehicle aficionados call "Level 1" charging, while the high-powered specialty connections offer 240 volts of power and are known as "Level 2." By comparison, Tesla's "Superchargers," which can fully charge its cars in a little over an hour, offer 480 volts of direct current.

That difference is night and day, according to a new study published in the journal Nature Energy by University of California Davis researchers Scott Hardman and Gil Tal that surveyed Californians who purchased an electric vehicle between 2012 and 2018.

Roughly one in five plug-in electric vehicle (PEV) owners switched back to owning gas-powered cars, in large part because charging the batteries was a pain in the… trunk, the researchers found.

Of those who switched, over 70% lacked access to Level 2 charging at home, and slightly fewer than that lacked Level 2 connections at their workplace.

"If you don't have a Level 2, it's almost impossible," said Tynan, who has tested a wide range of makes and models of PEVs over the years for his research.