everyone has some shit to say ....he just got caught 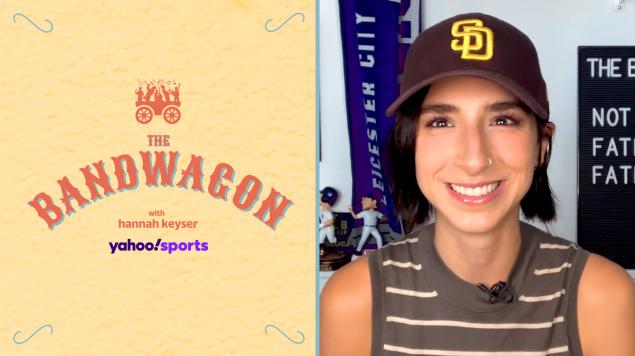 Video Not Available
Unfortunately, this video is missing or damaged and cannot be played.
SS-501-300
Last night, if you were watching the Cincinnati Reds or if you were on Twitter, you heard announcer Thom Brennaman say a homophobic slur. In fact, because of the circumstances you can hear it again right now if you don’t remember or if you missed it and want to verify that fact. Then about two hours later, as he was pulled off the broadcast of Wednesday’s doubleheader, Brennaman explained that he is not the kind of person who says homophobic slurs. “That is not who I am,” he said. “It never has been.”
That’s a lie. It’s also a really bad apology.
Brennaman was going to be hard-pressed to give a good apology. First and foremost because he is quite evidently is the kind of person who uses such slurs in a professional setting. And because he’s the kind of person who refers to LGBTQ people using hurtful slurs at all.
He said it with vitriol and abandon because he didn’t realize his audio was being broadcast to the public. But the moral of the story has nothing to do with hot mics — which serve as a conduit, not a truth serum. Intending to censor his bigotry from the broadcast but not his coworkers merely presents its own set of follow-up questions: Does Brennaman habitually perpetuate a hostile workplace or is this kind of language broadly condoned by the culture at Fox Sports Ohio? If anything, it’s convenient that the mic was hot for this revealing moment.
I don’t think it’s too much of an assumption to conclude that he might also engage in casual homophobia when he’s not wearing a headset.
Over the course of the on-air apology, Brennaman found time to call a home run and update the score but not to say “homophobia,” “homosexuality,” “LGBTQ,” or “gay.” He mentions that he is a “man of faith,” but fails to connect that to the issue at hand in any way (and without any elaboration, frankly, Christianity’s historic treatment of LGBTQ people makes it seem more defensive than contrite). When he does say he’s sorry, it’s to the “people who sign my paycheck” first.
But he ended by insisting, and then later doubling down on the idea, that he is not a person who has anything to apologize for. Which sort of undermines the sincerity of saying sorry at all.
In an interview with The Athletic, Brennaman said, “I’m not that person. That’s not who Thom Brennaman is.”
Later, in that interview he clarifies what exactly he’s denying.
“I have never in my life, not for one second of my life, have I been homophobic, have I been racist, have I been any of those words that are terrible, terrible words,” he said.
“What he said is not a reflection of who Thom Brennaman is. I know that’s not him,” his father, former Reds announcer Marty Brennaman, told the Cincinnati Enquirer.
This kind of defense is evasive, passive, condescending and dismissive.
If a good apology is one in which the perpetrator takes responsibility for his actions and avows to do better in the future, this is the exact opposite. It’s a self-serving attempt to distance himself from the bad thing before anyone’s even had a chance to forgive him for it. But then why apologize at all? What is Thom Brennaman sorry for if not that he’s the kind of person who uses homophobic slurs? That’s what he’s been accused of, and there is irrefutable evidence.
Brennaman’s outright denial that we should deduce anything about him from his words and actions isn’t just dumb, it’s a form of gaslighting.
By preemptively absolving himself of anything beyond an uncharacteristic accident, Brennaman forestalls even the generous assumption that he might engage in some sort of redemptive self-reflection and education. He doesn’t seem to understand the concept of unconscious bias or that his evaluation of what is and is not homophobic is uninformed and meaningless. The litmus test for problematic ideology is not whether the person perpetuating it thinks it’s a problem.
I’m piling on Brennaman because it’s a teachable moment worth taking.
Getting him off our TVs (Brennaman is suspended as of Wednesday night) is a good step for Fox Sports Ohio and fans, but it does nothing for the man himself or the bigotry that we know still exists in the world. People, even otherwise Hall of Fame-worthy pitchers, will try to say that this kind of sensitivity is a product of the times and that it’s a shame to “cancel” a man over a single slur.
I don’t think that Thom Brennaman is necessarily past the point of reform because of what he said. But he will need to accept that he is the kind of person who says those sorts of things before he can change. Social norms are evolving, and hopefully for the better. The best way to not get left behind is to try to keep up instead of insisting you’re fine right where you are.
More from Yahoo Sports:

at August 20, 2020
Email ThisBlogThis!Share to TwitterShare to FacebookShare to Pinterest