does anyone care about NBA 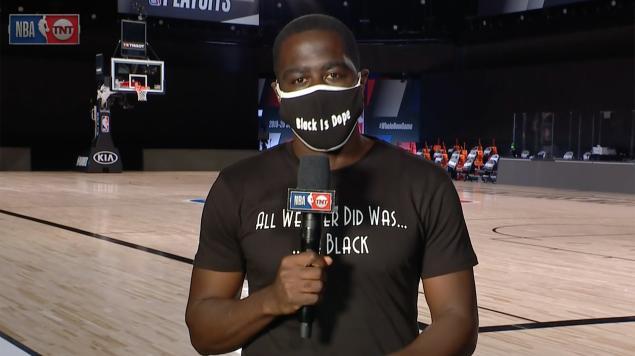 Video Not Available
Unfortunately, this video is missing or damaged and cannot be played.
SS-501-300
The Milwaukee Bucks led a walkout at Walt Disney World on Wednesday in response to the Jacob Blake shooting on Sunday, and former President Barack Obama is right behind them.
Obama tweeted out his support for the Bucks and the rest of the league on Wednesday night, one of countless to do so after a monumental day in NBA history.

‘I commend the players on the Bucks’

Obama tweeted out a video of Los Angeles Clippers coach Doc Rivers while praising the Bucks, the NBA and the WNBA on Wednesday.
The video was Rivers’ emotional interview about the shooting and being Black in America from earlier this week.

Rivers was one of countless in the NBA to speak out after the shooting and in the days that followed. LeBron James has spoken about it several times, and took to Twitter once again on Wednesday after the Bucks walked out.

“People get tired of hearing me say it, but we are scared as Black people in America,” James said after their win against Portland on Sunday night, part of a powerful statement he delivered. “Black men, Black women, Black kids, we are terrified.”

That walkout sparked widespread walkouts around the sports world, too. The WNBA quickly followed suit, as did Major League Soccer and select MLB teams and players. NBA players met late on Wednesday night to discuss the future of the season, and the league will hold a special Board of Governors meeting on Thursday.
Both the Los Angeles Lakers and Clippers have voted to end the playoffs in response, sources told Yahoo Sports’ Chris Haynes. That meeting reportedly “ended ugly,” and was both “heated” and “emotional.”
More from Yahoo Sports:


at August 27, 2020
Email ThisBlogThis!Share to TwitterShare to FacebookShare to Pinterest