as long as the baby has a good upbringing

August 28, 2020, 4:20 PM EDT
A federal judge has ordered the State Department to issue a U.S. passport to the daughter of a married gay couple whom the Trump administration had argued in court was ineligible for birthright citizenship.
Derek Mize and Jonathan Gregg are both U.S. citizens. Their daughter, Simone, was born in July 2018 via a gestational surrogate in the United Kingdom using one father’s sperm and an anonymously donated egg.
As has recently been the case for other children of same-sex couples where one biological parent was not a U.S. citizen, the State Department denied Simone’s passport application, arguing that she was, like children born out of wedlock, not eligible for automatic birthright citizenship and subject to additional steps for naturalization.
The fathers first filed suit in July 2019, arguing that denying Simone birthright citizenship and a passport violated the law and their constitutional rights. They asked that a federal court declare their child a citizen and order the State Department to issue her a passport. 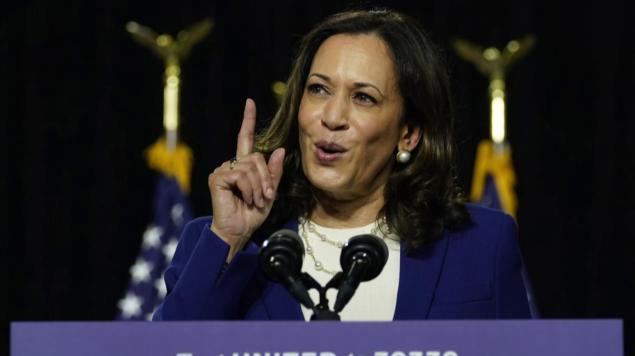 Video Not Available
Unfortunately, this video is missing or damaged and cannot be played.
SS-501-300
On Thursday, U.S. District Judge Michael L. Brown issued a summary judgment declaring that Simone Mize-Gregg has been a U.S. citizen since birth and ordered the U.S. State Department to issue her a passport.
“When we brought Simone into this world, as married, same-sex parents, we never anticipated our own government would disrespect our family and refuse to recognize our daughter as a U.S. citizen,” Derek Mize said in a statement, describing the family's journey as “complete” having received a judgment that Simone has been a citizen at birth.
Omar Gonzalez-Pagan, senior counsel at Lambda Legal, who worked on the case, said in a press released that the group is “very pleased the court found that the agency’s policy was irreconcilable with the law and our Constitution’s guarantee to equality because it treated the children of married, same-sex parents differently from the children of other married parents.”
The judge said the “biological reading” of U.S. immigration laws advanced in court by the State Department — that both biological parents must be U.S. citizens to pass citizenship to their child — raised serious constitutional questions for same-sex couples who are left out by it.
Since the constitutional avoidance doctrine requires that courts use a law’s “fairly possible” alternate interpretation if that reading doesn’t also raise serious constitutional questions, the judge found that the court was required to use the “nonbiological reading” that simply requires both legal parents to be U.S. citizens, which is inclusive of same-sex couples where one cannot be biologically related to their children.
The landmark 2015 Obergefell v. Hodges decision extended marriage rights to same-sex couples, Brown wrote, and this “includes equal access not just to the ‘symbolic recognition of marriage’ but also to the ‘material benefits’ that come with it.”
“Having adopted the Non-Biological Reading, the Court finds that Section 301(c) does not require children to share a biological relationship with both citizen parents in order for those children to acquire citizenship at birth. As a result, S.M.-G. is a U.S. citizen under Section 301(c), she is entitled to a U.S. passport," Brown wrote, referring to Simone by her initials.
Having found that the child was a U.S. citizen at birth, the judge dismissed the family’s constitutional claims.
Aaron C. Morris, executive director of Immigration Equality, an LGBTQ immigrant rights group that served with Lambda Legal as counsel for the Mize-Gregg family, said that after filing suit the parents became fearful about their child living without citizenship documentation, so they filed a green card application.
“The green card was granted in remarkably fast time,” Morris said, “and also the law says if you have U.S. citizen parents and you gave a green card, you automatically naturalize.”
That is why the State Department more recently filed a motion to have the suit dismissed, saying the child had naturalized via an alternate legal route, an argument the judge took time in his 50-page opinion to reject.
“It was very good to see the government was setting up what looked a whole lot like a ‘separate-but-equal’ argument, explaining that, ‘Sure we denied your kid's citizenship, but you have this other pathway toward citizenship,’ and the judge rejected that,” Morris said. “You still have to obey the law, even if there is some other means to get to citizenship, they are not the same.”
In the ruling, Brown acknowledged that since the State Department continues to argue that Simone is not entitled to birthright citizenship because she is not biologically related to her fathers, “any stigmatization flowing from that determination necessarily still exists. Because S.M.-G.’s naturalization does not erase Plaintiffs’ alleged stigmatic injury, it cannot moot the case.”
A State Department spokesperson told NBC News in an email: "The Department is aware of the Court's ruling and is reviewing the decision with the Department of Justice. We have no further comment at this time.”
The judge's ruling does not mean it is the end of the road for the Trump administration's legal interpretation of the citizenship of the children of same-sex couples.
While the State Department did issue a passport to the child of a California couple in a similar case after a judge ordered them to do so, the Trump administration then appealed.
Morris of Immigration Equality said that that case is still pending, and oral arguments at the 9th U.S. Circuit Court of Appeals are scheduled for Oct. 7.
Follow NBC Out on Twitter, Facebook & Instagram


at August 31, 2020
Email ThisBlogThis!Share to TwitterShare to FacebookShare to Pinterest

well at least he talks sense