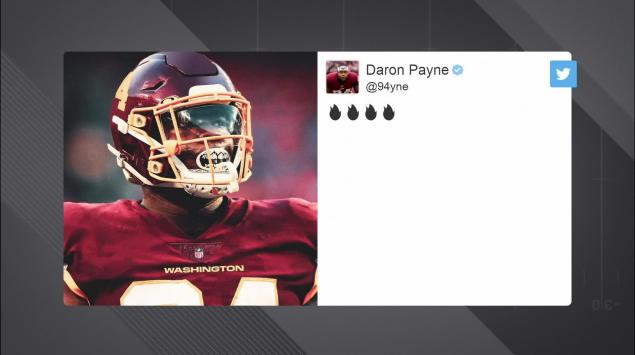 Scroll back up to restore default view.
Dan Snyder, owner of the Washington football team, hasn’t yet picked a new name toreplace the team’s previous one. However, he has found an interim solution.
Until a new name is found, the team will be called ... the Washington Football Team.Yes, really.

This is not a final renaming and rebranding for team; this is the name it wants to use until pending adoption of a new name in the future. pic.twitter.com/sBs0Uo0ICm
— Adam Schefter (@AdamSchefter) July 23, 2020

The name is temporary, but not short term. The franchise is planning to use it for the entire 2020 season, retiring the old name and scrubbing it from its physical and digital spaces by the start of the regular season. The temporary name is accompanied by new uniforms with the same color scheme but no sign of the prior nickname.

Washington will not have any change to its color scheme. It will still use burgundy and gold. The Redskins logo on the helmet will be replaced by the player’s number in gold. The Washington Football Team will debut its home uniforms in week 1 against the Eagles. pic.twitter.com/8DpC6b0Tyj
— Adam Schefter (@AdamSchefter) July 23, 2020

Anything is better than Washington’s previous name, which was racist and offensive to some in the American indigenous population, but an NFL team that’s literally named “Football Team” is borderline parody. It also feels like a huge troll move from Snyder. People who were offended by the team’s old name typically called them “the Washington football team.”
To be fair to Snyder, rebranding a professional sports team is a long process, and he certainly didn’t plan on doing it. Advertisers threatened to pull their support if the name wasn’t changed, and Snyder had no choice but to acquiesce. If this had been planned, the process wouldn’t have been started so close to the season.
As silly as “Washington Football Team” might sound, Snyder likely took the advice of sports branding consultants. Yahoo Sports’ Jeff Eisenberg spoke to several about what Washington should do if it couldn’t rebrand by September, and they recommended something simple.
That being said, it’s still Dan Snyder. The NFL is allowing him to take the helm of the name change process, and he already blew it once by allowing the original announcement to be released on letterhead covered in the old logo and name. The temporary name is a move in the right direction, but Snyder has to do a lot more than that before fans (or anyone) will trust him to make the right decision

- July 24, 2020
Email ThisBlogThis!Share to TwitterShare to FacebookShare to Pinterest