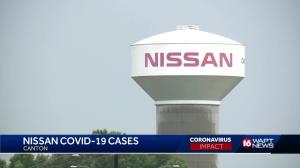 Scroll back up to restore default view.
A customer in a bagel store coughed on another customer during an argument over wearing face masks in the Astoria neighborhood of Queens, New York, on June 6,reports said.
In a Facebook post about the incident, Ally Goodbaum said she noticed the other woman, named in reports as Lauren Balsamo, “was coughing, not covering her mouth, and not wearing a mask.”
Goodbaum said she asked the staff to ensure customers wear masks and when Balsamo heard this, she “became enraged yelling at me calling me names claiming she has covid antibodies and doesn’t need to wear a mask in public,” Goodbaum wrote.
In the video Balsamo told Goodbaum to “say it to her face” and repeatedly called her a “pussy,” before walking over to Goodbaum and coughing at her.
The video has since gone viral and Balsamo has been referred to online as a “Karen,” a derogatory term for a woman perceived to be entitled or inappropriately demanding.
Balsamo’s former employer released a statement condemning her actions. Credit: Anonymous via Storyful


at June 15, 2020
Email ThisBlogThis!Share to TwitterShare to FacebookShare to Pinterest