They are better now than they have ever been

Julia Hunt
Yahoo Celebrity UKMarch 5, 2020, 5:02 AM EST
Nicole Scherzinger has defended the Pussycat Dolls’ racy outfits for a TV performance, saying: “We’re women now.”
The US group’s sizzling comeback show on The X Factor: Celebrity last year sparked controversy, with many viewers shocked by the skimpy costumes and daring dance moves.
At the time, broadcasting watchdog Ofcom said that it had received more than 400 complaints about the performance.
Read more: Complaints over Pussycat Dolls’ Saturday Night Takeaway performance
But, speaking on Australian programme The Project, Scherzinger said they had no idea the saucy black pants and bodysuits would cause such a fuss.

It‘s good to be back with my girls 💪🏽💖 Watch the full @pussycatdolls performance on the @itv hub ➡️ https://t.co/yjaT2VVJDt! #PCDReunion #XFactorCelebritypic.twitter.com/zgZoCr6RPK
— Nicole Scherzinger (@NicoleScherzy) November 30, 2019

“Those costumes, we put that together in three days and those outfits were a bit provocative,” said the 41-year-old star.
“But we're women now.”
She went on: “It takes courage to be that vulnerable.”
The Pussycat Dolls - comprised of Scherzinger, Ashley Roberts, Kimberley Wyatt, Carmit Bachar and Jessica Sutta – also drew complaints for their performance on Saturday Night Takeaway last month.

Close to 70 people contacted Ofcom after the group took to the stage on Ant and Dec’s popular ITV programme for a raunchy rendition of some of their hits.
The Pussycat Dolls came to prominence in 2005 with the song Don’t Cha and went on to have success with hit tracks such as Buttons and When I Grow Up before deciding to part company in 2010.
Read more: Watch The Pussycat Dolls raunchy comeback video
The members have enjoyed solo careers in the meantime and in November 2019 they announced that they were getting back together.
They have unveiled a new single, entitled React, and have a string of shows lined up. 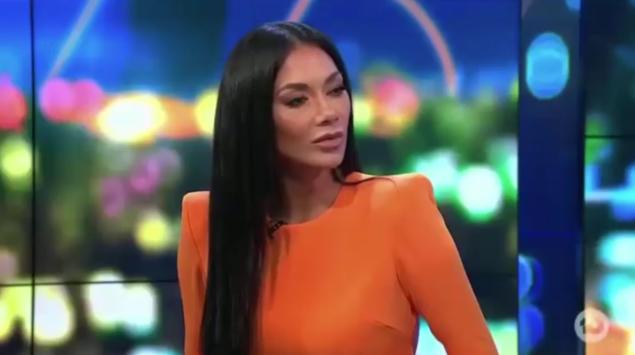 She had an awkward encounter on Australian TV show The Project

- March 06, 2020
Email ThisBlogThis!Share to TwitterShare to FacebookShare to Pinterest