rgreenspan@businessinsider.com (Rachel E. Greenspan)
INSIDERMarch 26, 2020, 12:04 PM EDT
Dr. Phil/CBS
Ava Louise, the woman who coined the phrase "I'd rather die hot than live ugly" andwhose TikTok of herself licking an airplane toilet seat was shared widely, has officially stirred the pot with Dr. Phil.
The 21-year-old self-described "skinny legend" held nothing back when she spoke with the TV therapist about her decision to use the coronavirus pandemic to gain publicity.
Related Video: How Long the Coronavirus Lasts on Everyday Surfaces
How long the COVID-19 coronavirus lasts on everyday surfaces
Business Insider Video 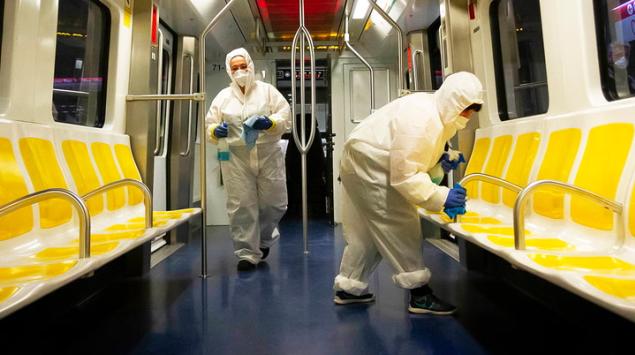 Scroll back up to restore default view.
"I was, like, really annoyed that corona was getting more publicity than me," she told Dr. Phil in an interview that aired Thursday.
"I just don't think that this is as concerning as possibly as it could be, because I don't have coronavirus. I don't have any symptoms. No one I know has symptoms," she said, adding that because she went on spring break and Florida and is still healthy, the disease can't be that serious.
COVID-19, the disease caused by the coronavirus, killed more than 200 Americans on Wednesday, sending the total US fatalities to nearly 1,000 CNN reported.
She said she was so frustrated by Dr. Phil's criticism of her video — which since been taken down from TikTok — that she was tempted to cough on him.
"I'll pull up and I'll cough on you," she told Dr. Phil, who then called her "spoiled and entitled."
It wasn't her first meeting with the TV therapist — she appeared on his show twice in 2019, according to Vice. Last September, she said that in her previous appearance she was putting on an act to gain more followers online.
In a YouTube video posted on March 16, she reiterated that the toilet-bowl licking was just for clout.
During the latest interview, Dr. Phil asked, "If you infect one person that loses their life, is it worth it for you to have this attention?"
"Yeah," she replied.
She added that she thinks boomers are to blame for numerous societal ills.
"You know what's ridiculously irresponsible and selfish is that your generation only cares about this virus because it affects you," she said, adding, "You're blowing this pandemic to crazy proportions, instilling fear in the nation, because you feel like it affects boomers."
The latest data from the Centers for Disease Control and Prevention indicated that 20% of people with COVID-19 in the US who were sick enough to end up in the hospital were 20 to 44 years old.
Insider