don't feel sorry for these pricks 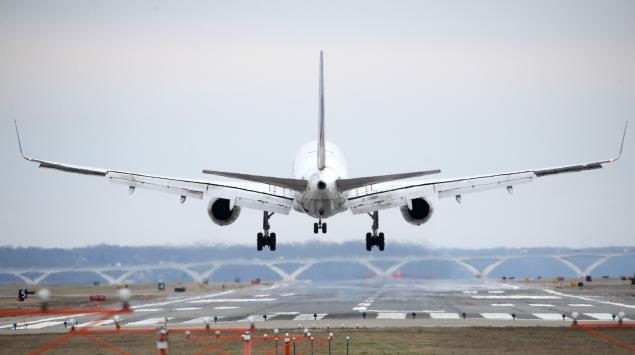 Bernstein cut its targets on 4 airliners: Delta, United, American and Southwest. Bernstein believes that the market is pricing in more than virus-related risks, moving onto accounting the higher consequence of this outbreak triggering a full-blown recession.
The turmoil caused by the novel coronavirus disease (COVID-19) has already clobbered the global equity market. Consequently, the airline industry has been in deep crisis as global carriers are witnessing a steep decline in passenger demand, especially in the Asia-Pacific region.

Evidently, the Zacks Airline industry has declined 25.4% year to date compared with the S&P 500 Index’s drop of 7.1%.


Global Airline Industry on the Decline

The global airline industry is facing multibillion-dollar losses due to the outbreak, which is significantly affecting global bookings. Per a report by Financial Times, the rapid spread of coronavirus through Europe and the United States has dealt a heavy blow to the airline industry. Carriers around the world are cutting routes, freezing pay and using smaller aircraft to cope with a further slump in bookings.

Major carriers, such as the British Airways, Lufthansa and Dutch Carrier KLM, to name a few, have grounded several aircraft and extended flight cancellations till late April to virus affected nations like China, Italy, South Korea and Iran. China Eastern Airlines and China Southern Airlines have been the worst affected so far, as both were forced to reduce capacities to 200,000 seats a week.

Per a recent prediction by the International Air Transport Association (IATA), the outbreak is expected to result in a 13% decline in passenger demand in 2020 for airline operators in the Asia-Pacific region. It further expects global demand for air travel to fall 4.7% during the year.

Consequently, the global airline industry is anticipated to witness a $29.3-billion revenue loss in 2020, led by the coronavirus catastrophe. However, figures might worsen, given the pace at which the virus is spreading globally.

U.S. Airline Stocks Under the Gun

Considering the aforementioned situation the airline industry is facing and its bleak outlook, let us focus on some major U.S. airline stocks, which have suspended flights lately. Therefore, these stocks are likely to witness heavy revenue losses in the near term, thanks to the epidemic.

Recently, per a Forbes report, United Airlines UAL reduced its flight frequencies to Singapore, Seoul, Tokyo and Osaka and extended its temporary suspension of flights to China through Apr 30. Further, toward the end of February, the airliner withdrew its 2020 guidance due to the uncertainty surrounding coronavirus’ spread to other parts of the world, its duration and its effect on overall air travel demand.

Hawaiian Airlines, the wholly-owned subsidiary of Hawaiian Holdings HA, has also announced a temporary suspension of flights to Seoul through Apr 30 due to a spike in COVID-19 cases within the nation.

Notably, shares of these U.S. airline companies have been under pressure and have consequently plunged on a year-to-date basis compared with the S&P 500 composite index’s performance.

Situations concerning the COVID-19 virus may worsen in the upcoming months, as the virus has recently made its way to the North American continent. Per a report by CNN Health, the virus has already spread in 15 states in the United States, affecting more than 100 people. In case of a failure of preventive measures, this outbreak could turn out to be disastrous for U.S. airline stocks, as demand for domestic flights would be disrupted severely.

Additionally, this could lead to U.S. airline companies witnessing a decline in passenger footfall as the peak seasons of spring and summer approach. In such a case, revenues will take decline further due to lower domestic and Trans-Atlantic bookings.

Today you are invited to download our latest Special Report that reveals 5 stocks with the most potential to gain +100% or more in 2020. From those 5, Zacks Director of Research, Sheraz Mian hand-picks one to have the most explosive upside of all.

This pioneering tech ticker had soared to all-time highs and then subsided to a price that is irresistible. Now a pending acquisition could super-charge the company’s drive past competitors in the development of true Artificial Intelligence. The earlier you get in to this stock, the greater your potential gain.