How to prepare, protect yourself from coronavirus
WPVI – Philadelphia 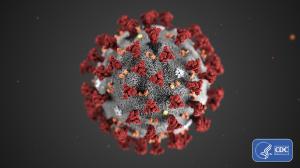 Scroll back up to restore default view.
SEATTLE — In the epicenter of America’s coronavirus outbreak, sex workers are one of the first groups making adjustments.
Some have started taking their temperature every morning and asking their clients to do the same. Others have instituted no-kissing policies. Those who can afford to are setting up webcam sites or leaving the city entirely.
Still, the sex industry in Seattle has seen an unprecedented collapse in demand, making workers worry that they’ll be unable to pay rent and, potentially, more likely to end up in unsafe situations out of desperation. Indoor sex workers said regulars have started sending cancellations and new inquiries have dried up entirely. Street-based sex workers say customers have all but evaporated.
“I’m already seeing women in danger of moving into homeless encampments or losing custody of their kids,” said Suzanne Myers, a Seattle-based escort who also does outreach and community organizing. (All of the sex workers quoted in this article are using pseudonyms due to fear of law enforcement attention.) “For single moms or people working to keep their heads above water, having a dry week is difficult. Having two or three will be devastating.”
Myers said two of her clients have canceled appointments in the last three days and inquiries from new clients have dried up entirely. She has just one date scheduled this week, a man who usually pays for sex but downgraded his appointment to a social lunch due to his concerns about the virus.
“I’m down a week’s pay and we’re just at the beginning of this,” Myers said.
With 190 cases and 22 deaths, Seattle has been hit harder by coronavirus than any other U.S. city. The virus, which has infected more than 1,000 people nationwide and leads to the illness COVID-19, represents a perfect storm for the sex work industry.

We’re telling people to wash as much as they can, but some sex workers don’t have access to hot water and soap between sessions. Sherae Lascelles, Seattle-based community organizer and sex worker

Intimate contact is one of the most effective ways to contract the virus, according to the Centers for Disease Control. Sex workers have no social safety net to help them weather an unexpected loss of income. Many cannot afford to stop working for weeks to self-quarantine. (“How do you do social distancing when your salary is dependent on socializing?” asked Sherae Lascelles, a community organizer and sex worker.)
Plus, the sex industry relies on customers from the groups most at risk of contracting the virus and dying from it.
“Four out of five of my clients are men above 60 with at least one pre-existing health condition,” Myers said. “I’ve already had guys tell me, ‘I’m 63 and I’ve got lung problems, so I’m out of the game for a few weeks.’ If I were in that situation I’d be doing the same thing.”

The Virus Is Already Putting Sex Workers in Danger

For sex workers, the coronavirus could not have arrived in Seattle at a worse time.
Since 2015, the city has experienced an unprecedented spike in homelessness and drug addiction — two factors that have increased the number of people selling sex. Then, in 2018, Congress passed two laws (known as SESTA and FOSTA) that banned escort advertisements from the internet, a move that pushed more sex workers into outdoor prostitution. Now, the collapse in demand for sex work due to the coronavirus is driving even greater numbers of people onto the street to make up for the lost income
All of these factors combined are making sex work significantly more dangerous. “When there’s more girls outside and less demand, people start doing things they wouldn’t normally do and end up in situations that are very unsafe,” Myers said.
HuffPost spoke with two sex workers on North Aurora Avenue, Seattle’s red-light district, who said the recent wave of new street workers has already forced them to reduce their prices (other sex workers estimated that the going rate for oral sex had fallen from around $60 to around $30 even before the virus struck). They have also mostly stopped screening clients and no longer have the luxury of declining men who give them a bad feeling.

Lascelles, the co-founder of the Green Light Project, a community organization that supports street-based sex workers and drug users, said she’s already hearing reports of more violent and coercive behavior from sex buyers.
“This is going to get people killed,” Lascelles said. “Men are using the virus as leverage: ‘I’m already taking a risk seeing you. So why should I use a condom?’”
Other sex workers told HuffPost that they are receiving more demands to perform anal sex and that pimps are trying to make up revenue by upping their recruitment efforts. With so many new sex workers flooding onto the streets, Lascalle said, it’s becoming harder to notify them of the risks.
“It’s the same guys abusing sex workers over and over,” she said. “They’re waiting for new girls to show up and be terrible to them. If someone comes (onto the street) after spending the winter inside or they’re desperate to make up their lost income, we don’t have ways of warning them,” Lascelles said.
None of this bodes well for sex workers or for public health in the long term. Myers pointed out that the lack of income and housing support for marginalized groups like sex workers and homeless people will make them more likely to get the disease — and also to spread it.
“If someone starts feeling sick and they only have one appointment that week, they might take it anyway,” she said. “That’s a terrifying thought, but that could mean daycare for their kids or paying their rent.”

While its long-term impacts remain unclear, the virus’ most immediate effect is the exacerbation of existing inequalities within the sex industry.
High-priced escorts, who tend to see fewer clients and work with a roster of regular customers, are more likely to have savings and secondary sources of income. HuffPost spoke with sex workers who have side jobs designing jewelry, making costumes for theater productions and translating legal documents. Some also have accounts on websites where they sell access to nude pictures, live chats or homemade pornography for monthly subscribers. Others have started “touring” to cities where the virus, and its attendant fears, aren’t as prominent.
Sex workers at the lower end of the market don’t have the same options. Many street workers lack the professional photographs, webcams and desktop computers necessary to move into online sex work. Due to a history of domestic violence or their own day jobs, many can’t risk uploading pictures of their faces. On North Aurora, a significant percentage of sex workers sleep in the hotel rooms paid for by their clients every night.
“We’re telling people to wash as much as they can but some sex workers don’t have access to hot water and soap between sessions,” Lascelles said. “We’re down to 15 packs of hand sanitizer when we’re used to giving out thousands per week.”

Some parts of the industry have been hit harder than others. Massage parlors, for example, have been losing business for years due to the increasing number of high-profile “anti-trafficking” raids (in reality, few massage parlor workers are trafficked; most are undocumented women in their 40s and 50s unable to find other forms of employment).
After coronavirus appeared in China, customers slowed to a trickle due to anti-Asian xenophobia. Now that the virus has arrived in the U.S., revenues have plummeted even further.
“Business is down to the point where workers are saying they simply don’t have any right now,” said Kate Zen, the co-founder of Red Canary Song, which works with migrant sex workers. “They’re scraping by with what they have saved up and trying their best to hold out for as long as they can.”
Strip club workers have also been affected by the outbreak’s unique economic impacts.
“Customers are using the six-foot rule and social distancing as an excuse not to buy lap dances, but they’re still going to the clubs and exposing dancers to the virus,” Lascelles said. Strippers have to pay a “house fee” of $140 to $160 per night to work in the clubs. They make most of their money from individual dances and tips.
“I spoke to someone last night who used to earn $4,000 per week,” Lascelles said. “She hasn’t made any money in two weeks and made $20 on Sunday — and she’s $1,000 in debt from the house fees.”

Sex Workers Try To Protect Their Lives And Their Livelihoods

For now, many sex workers are taking steps to keep themselves and their clients safe from the virus. Jessica Brown, a high-end escort who charges $500 per hour with a two-hour minimum, has waived her cancellation fees, added hand sanitizer to the nightstand in her workspace and requests that clients wash their hands as they enter her room. While she’d always cleaned her space regularly, she is now sterilizing everything that’s been touched — including bottles of lube, sheets and sex toys —after every session.
Brown has also started coaching her older clients about what to say if they have to be quarantined and health workers ask them about their recent contacts in front of their wives. She’s instructed them to say they had a business meeting with her and use the alias she uses when she speaks at sexual health conferences.
“I’m going out of my way to let clients and my colleagues know about my cleanliness practices,” Brown said.