All i know is there will always be people preying on the  greed of  the  stupid ......greed and stupidity are  always on the  same platform .......and there is no short of greedy  fools ......there is nothing else greed causes  desperation ....and that always lead  to  disappointment .......i cannot  say i feel pity  for anyone  that is willing to trust an entity .....with large sums of their hard  earned  money .........there will always be someone  trying to take your money ......there is no honor  today criminals are looking for greedy people to scam ......and there will no  no  shortage ..... 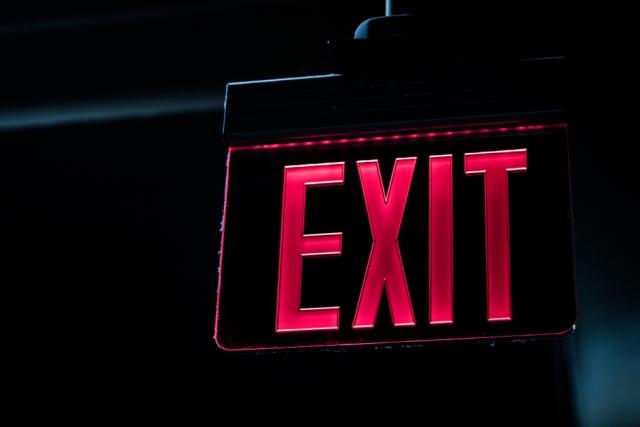 Following Coinroom, Bitsane is the second crypto exchange that has pulled an exit scam in the past three months, leaving up to 246,000 users as victims of fraud. 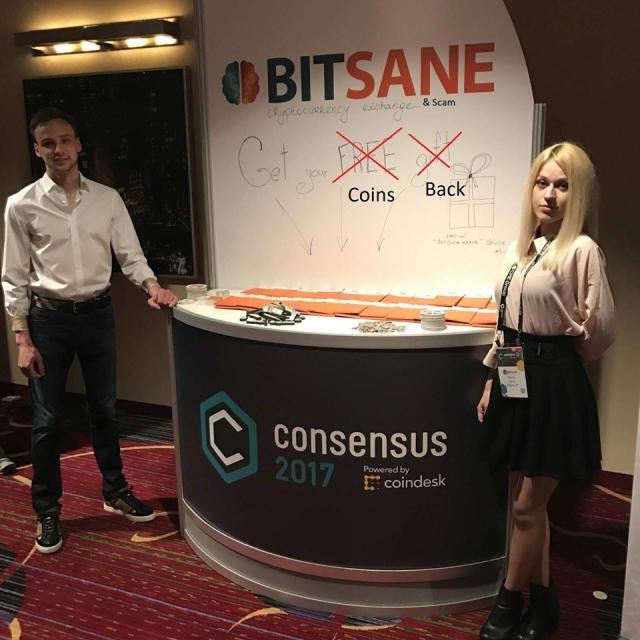 It Started With a ‘Technical Issue’

Bitsane victims reported to Forbes that users had problems withdrawing cryptocurrencies from the exchange in May. In response to the issue, the operators of the platform sent out emails claiming that withdrawals had been “temporarily disabled due to technical reasons.”
On June 17, Bitsane users had to realize that the operators of the crypto exchange had lied to them as the platform had suddenly disappeared. Bitsane even deleted its Twitter and Facebook accounts, and users were unable to reach the exchange’s support team via email.
An archive of the vanished cryptocurrency exchange shows that it had 246,000 users and 25,000 daily transactions. While the operators reported these stats – so there’s a reason to suspect they are not entirely accurate –, CoinMarketCap shows that Bitsane had a daily trading volume of $7.2 million on March 31.

“I believe a major international crime has been committed. I have lost $7000 USD! What I know follows, there are many victims, please help. THEY HAVE STOLEN ALL OUR MONEY,” a victim of the cryptocurrency exchange stated on Facebook.

The victims of the Bitsane exit scam have formed groups on Telegram and Facebook to share their stories and discuss their options to reclaim their funds. Most users in these groups have reported that they had lost up to $5,000 in the exit scam, but one US customer stated to Forbes that he had $150,000 worth of bitcoin and XRP in his exchange account that he was unable to withdraw.
Read the full story on CCN.com.
at June 28, 2019 No comments:
Email ThisBlogThis!Share to TwitterShare to FacebookShare to Pinterest

Aarthi Swaminathan
Finance Writer
Yahoo FinanceJune 27, 2019
0:21
1:20
Cocaine is booming like never before
A massive surge in cocaine production has flooded markets around the world, according to the United Nations Office on Drugs and Crime (UNODC).
In their latest annual report, UN researchers noted that “estimated global illicit manufacture of cocaine reached an all-time high of 1,976 tons… in 2017, an increase of 25 per cent on the previous year.”
Last year, UNODC Executive Director Yury Fedotov said that “drug markets are expanding, with cocaine and opium production hitting absolute record highs, presenting multiple challenges on multiple fronts.” This year, that trend continued with cocaine while opium production declined.

‘Cocaine production has been massively increasing’

The key reason for the boom is because Colombia saw a 17% expansion in the area used for coca bush cultivation year-over-year, which resulted in a 31% rise in the amount of cocaine produced. Colombia produces an estimated 70% of the world’s cocaine according to the UN.
“Cocaine production has been massively increasing, particularly in Colombia… it’s a significant boom,” Thomas Pietschmann, the World Drug Report’s research officer and lead author, told Yahoo Finance. “The overall level we have now, we have never seen before.”
While the report is backward-looking, massive amounts of cocaine have been seized in the past few months — such as the historic bust of 30,000 pounds of cocaine in Philadelphia which were worth over $1 billion in street value earlier this month, and the 333 pounds seized in Baltimore worth $10 million — underscoring the fact that supply is trending upwards.
And along with the supply boom, “we see a massive increase of cocaine consumption in North America… in Europe, and also in other parts of the world,” added Pietschmann. “It’s really becoming — in this case — a phenomenon.”

‘This is really quite dramatic’

Based on Europe wastewater analysis — one method experts use to monitor the quantity of illicit drugs used in a community — experts reported that “from 2011 to 2018, we’ve seen an increase in cocaine consumption... of 56%,” Pietschmann said. “This is really quite dramatic. And this is a conservative estimate.”
The report estimated that 18.1 million people used cocaine in the past year globally, with the highest rates reported in North America and Australia/New Zealand.
at June 27, 2019 No comments:
Email ThisBlogThis!Share to TwitterShare to FacebookShare to Pinterest

How ridiculous..... a way  to save .money...grow vegetables..... eat healthy..... and live a clean life .....and it was deemed illegal ..... That's your government for you not allowed to grow vegetables in the front garden..... now mr. DeSantis is making it legal everybody should be allowed to grow vegetables I mean for fuck sake veggies how to staple diet oh well at least some guy makes sense unlike those other fuckers ....I remember my dad used to do it.......but when people fail to stand up and become spineless pricks .....then

at June 27, 2019 No comments:
Email ThisBlogThis!Share to TwitterShare to FacebookShare to Pinterest

SACRAMENTO (CBS13) — A global helium shortage is impacting everything from party balloons to scientific research.
“It’s very tough for us right now,” said Ethan Truong, owner of HD Balloons in South Sacramento. “If it keeps happening like that then we are going to close down the business.”
Truong says selling helium is a big part of his business, approximately 90 percent.
Five years ago, a helium tank would cost him $25 to fill up, but now the owner says it’s close to $300 and that’s if he can even get it.
“We can’t get any helium from anywhere,” he said.
Delivery of the element has been periodic.
“They just ran out,” he said.
READ: Milk Bank Events Benefit Vulnerable Infants At Local Hospitals
The shortage is even slowing scientific research.
“We’re expected to try to cut back and put off experiments for a little bit until there’s a better helium supply again,” said UC Davis professor Rena Zieve. “It’s a unique material.”
The physics labs at UC Davis use helium in superconducting research.
“It turns out that helium at very close to zero temperature does some interesting things,” Zieve said.
To cool their experiments they must use copious amounts of helium.
“Hopefully it’s only a temporary increase because it really spiked up with the recent shortage,” Zieve said.
ALSO: FBI Looking For Victims Of Turlock Man In Child Exploitation Investigation
Zieve said the Middle East embargo is increasing demand for U.S. supplies and some of the helium they want is being given to higher priority projects, such as MRI machines.
“If you’re a hospital running an MRI machine, you can’t just turn off your machine,” she said.
So now, they try to recycle what they’ve used.
“There’s been a big move in the United States to try to have much more recovery of helium,” Zieve said.
Unlike hydrogen, helium can’t be manufactured and the global supply is only found deep underground in a limited supply.
“There’s plenty of helium in the earth, the question is finding it and getting it out,” she said. “As helium leaves the earth, it’s gone and we will never get it back.”
Truong is hoping the shortage subsides before all of his business bursts.
Some people have suggested banning party balloons during the shortage, but experts said they account for just a small fraction of the overall helium use.
Others are working to find a more stable underground supply.
Comments (2)