TAMPA (FOX 13) - A viral video of a shark being dragged behind a boat has now prompted an investigation by the Florida Fish & Wildlife Conservation Commission, though officers aren't sure if any laws were violated. The short video clip shows a shark tied several feet behind a speeding powerboat.  As the boat cruises over the water, the shark flips and twists as it hits waves and the wake of the boat.  Three young men in the boat point and laugh as the shark slaps the water, though it’s not clear if the animal is alive.  The video surfaced online in the last few days, but the original source was not immediately clear.  Now, with the video attracting comments and outrage from around the world, ...
Read more
HuffPost 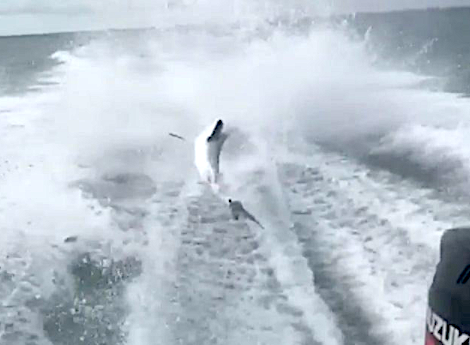 Conservation officials in Florida are investigating a shocking video that shows a speeding boat dragging a shark as a group of people onboard laugh.
Mark Quartiano, a renowned shark fisherman in Miami, shared the video Monday on Instagram with his 78,000 followers.
It shows a boat traveling at high speed while dragging a shark by a rope. Individuals can be seen laughing at the shark as it tosses violently in the boat’s wake.
Quartiano told CBS 4 News that one of the people on the boat sent the video to him on Instagram looking for praise. The user also sent Quartiano pictures of the shark’s carcass, according to local news station WESH 2.
Quartiano forwarded the video to the Florida Fish and Wildlife Conservation Commission after he received it.
“To drag a shark by the tail on a rope, it’s not sporting. It’s not,” Quartiano told CBS 4 News. “It should be against the law.”
It is unclear if the shark was alive in the video.
Warning: The footage below is graphic.
Christopher Lowe, director of Cal State University of Long Beach’s Shark Lab, told HuffPost that the shark may have been a blacktip shark, which is legal to harvest in the state of Florida.
While Lowe said many species of shark can be legally caught and are “perfectly edible,” he called the fishermen’s behavior unacceptable.
“It’s pretty sad and is an embarrassment to all those ethical fishers out there who respect the fish they catch,” Lowe told HuffPost. “This mistreatment of any wildlife is unacceptable even if their intention was to kill it and eat it.”
The FWC confirmed to local news media on Tuesday that the agency was investigating the video and attempting to identify the location of the incident and the individuals on the boat.
“The FWC has been alerted to a video circulating on multiple social media sites showing a group of individuals traveling at high speed on the water, dragging a shark behind the vessel,” Rob Klepper, the commission’s public information officer told the Bradenton Herald. “The FWC takes this very seriously and is currently investigating the incident.”
Quartiano told WESH 2 that large fish typically suffocate before fishermen bring them into the boat. He also said there is no reason for the behavior seen in the video.
“This is just really sick, one of the most horrific things I have seen in 50 years or professional sport fishing,” Quartiano told the news station. “I don’t know if this is criminal, but it would seem to me that this is animal cruelty and they should be prosecuted.”
It is too early for the FWC to determine whether any laws were broken in the video, Klepper told the Herald.
Quartiano’s Instagram video has been viewed more than 45,000 times, and more than 11,000 comments have been left, many denouncing the fishermen’s behavior.
This article originally appeared on HuffPost .
U.S.

SEE IT: Shark gets dragged behind motorboat at high speed in Fla.

New York Daily News 5 hours ago
A widely shared video showing a shark being dragged behind a fishing boat at high speed has triggered a Florida Fish and Wildlife Conservation Commission investigation. The video gained notoriety on social media Tuesday prompting backlash from the Florida sport fishing community as well as conservation groups. It shows three men in a power boat dragging a shark tied to the back of the boat at approximately 45 miles per hour. As the shark flops around in the boat’s wake, one of the men says, “look, it’s already almost dead.” Florida charter captain Nate Weissman said he was outraged when he saw the video. “It was disgusting,” he told the Daily News. “I don’t know that what these guys did was illegal, ...
Read more 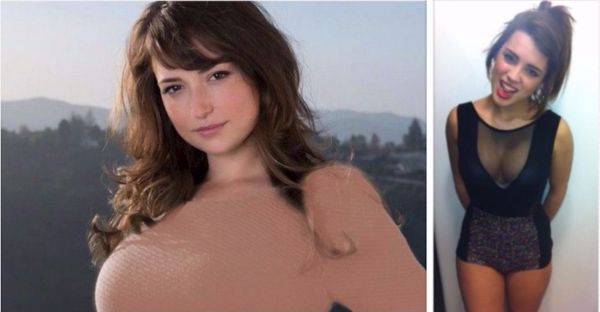 The Real Story Of Lily From The AT&T Commercials