maybe there is  something in the  clown community  where  there  are clown gropupies  ahving  mass  sex  with men  dressed  in clown shit ....... 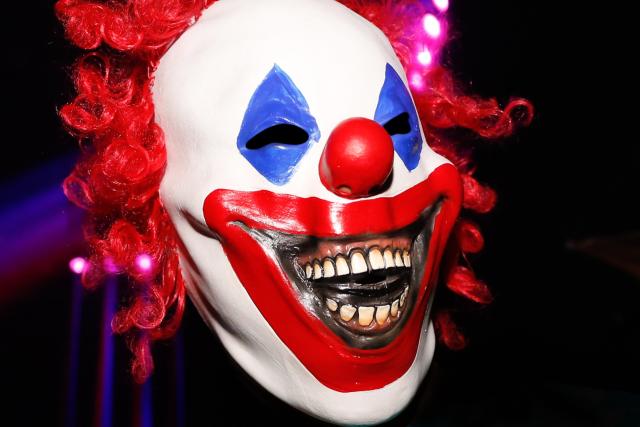 Like a horror movie come to life, Pennsylvania police say they are looking for a “clown” who allegedly offered money to a 9-year-old girl in an effort to persuade her to follow him.
The clown approached the girl on Thursday morning while she was riding her scooter, the Wilkes-Barre City Police Department said on Facebook.
“The victim stated that the clown was behind her,” the police report said. He then “showed her a $20 or $50 bill and motioned for her” to approach him.
The girl ran toward her grandmother’s house while “screaming.” She said the clown ran toward a nearby railroad trestle.
In the report, the police department described the suspect only as a “clown.” The Associated Press, however, identified the suspect as male.
The girl described the clown as “thin, 6 feet tall, with red hair parted in the center.” She said he was wearing yellow pants and a red-and-blue polka-dot shirt, and that his face and arms were painted white.
This article originally appeared
- July 17, 2017
Email ThisBlogThis!Share to TwitterShare to FacebookShare to Pinterest
Newer Post Older Post Home