Timeline of Otto Warmbier's saga in North Korea before being released

CONOR FINNEGAN and MEGHAN KENEALLY,Good Morning America Wed, Jun 14 5:42 AM EDT
The American college student who had been imprisoned in North Korea for more than a year has now been released, but his family revealed Tuesday that the 22-year-old has been in a coma for the past year.
Otto Warmbier was sentenced to 15 years of hard labor in March of 2016 after being accused of attempting to steal a propaganda poster from his Pyongyang hotel while visiting the country. The circumstances surrounding his medical condition have not been publicly disclosed.
Here is the timeline of Warmbier’s ordeal.

Warmbier, then 21, was visiting North Korea as part of a tourist group arranged by Young Pioneer Tours, a tour agency based in Xian, China. He was arrested on Jan. 2 at Pyongyang Sunan International Airport on the last day of a five-day tour.
Three weeks later, North Korea announced it was holding Warmbier, a student at theUniversity of Virginia, for a “hostile act” against the state. In late February, Warmbier appeared in a video released by North Korea’s state news agency.
“I committed my crime,” he said in the video, asking for forgiveness. It is not known if Warmbier had delivered those statements under duress.
The video could not be independently verified.

Warmbier, of Wyoming, Ohio, reportedly said in a tearful statement ahead of the trial in Pyongyang that he tried to steal the poster in exchange for a $10,000 used car.
"I have made the worst mistake of my life," the student said in a March 16 court hearing.
He also said that the Z Society, a secret club at the University of Virginia, promised him membership if he was successful at stealing the poster, according to The New York Times, citing North Korean state media. A member at the Z society at UVA that the organization had never been in contact with Warmbier. 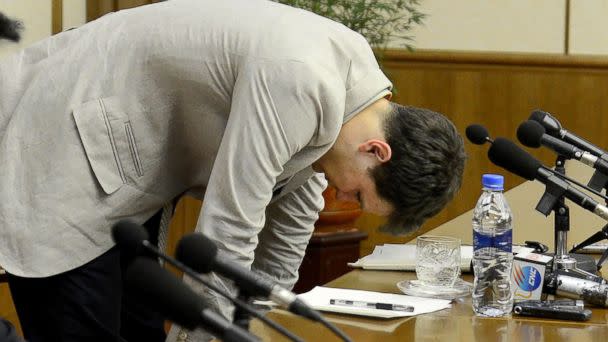 Warmbier was sentenced to 15 years of hard labor.
Since his detention, American officials have repeatedly urged North Korean officials -- in public and in private -- to give the Swedish consulate access to Warmbier and the three other American citizens now detained. These pleas come amid regular pushes for their release.

After he was sworn in as U.S. Secretary of State, Rex Tillerson briefed President Donald Trump on the situation and Trump directed Tillerson to take all appropriate measures to secure the release of American hostages in North Korea, State Department officials said Tuesday. Tillerson began the effort and routinely updated the president, the officials said.

After consulting Trump, Tillerson instructed Yun to prepare to travel to North Korea to bring Warmbier back to the United States, according to the State Department, which promptly organizes a medical team and an airplane to travel to North Korea.
Sometime during that week, Warmbier’s family was notified of his condition, according to a statement released by the family. 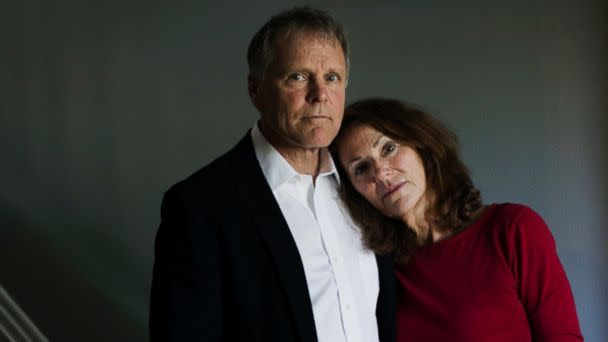 Warmbier was evacuated from North Korea, accompanied by a medical team and a State Department representative. He arrived in Cincinnati, Ohio, in the evening, and was to be transported by ambulance to the University of Cincinnati Medical Center.