you just cannot trust people ...enjoy what you eat ....i guess 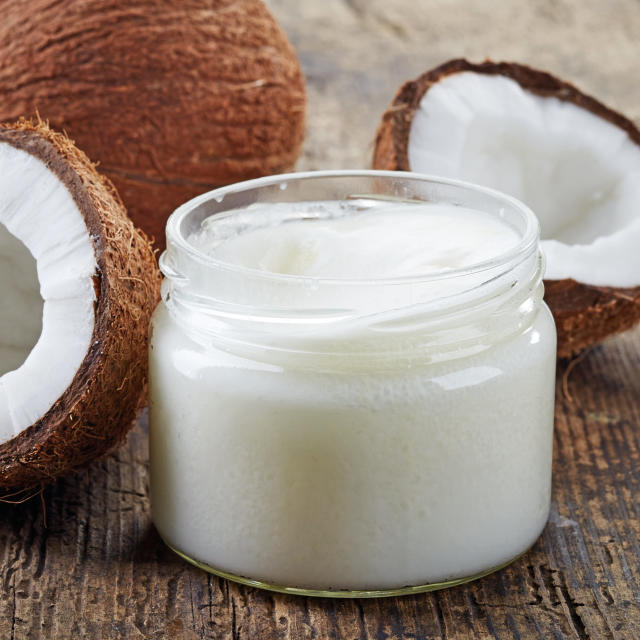 While the big pillars of a heart-healthy diet haven’t changed much over time, it can be difficult to keep track of those smaller details that seem to always be in flux: Is coconut oil actually good for you? What about eggs? Juice? Gluten? Vitamins?
A report published this week in the Journal of the American College of Cardiology aims to set the record straight about these and other health topics that have been “mired by hype,” debunking commonly believed myths and providing clear guidance about what to eat toreduce the risk of heart disease.
Some of the recommendations aren’t at all surprising: The review, which aggregates findings from 25 previously published studies and meta-analyses, concludes that current evidence strongly supports eating plenty of fruits, veggies, whole grains, and legumes. Some heart-healthy diets may also include limited quantities of lean meat, fish, and low-fat and nonfat dairy products, say the researchers.
But other recommendations are less obvious. Take eggs, for example: When a 2015 government report dropped its warning about eggs and cholesterol levels, the change received widespread media coverage (and gave brunch lovers much cause for celebration). But the U.S. Dietary Guidelines still recommend eating “as little dietary cholesterol as possible,” a statement the authors say has been overlooked.
Because of this—and evidence that still links dietary cholesterol with cholesterol in the blood—the review concludes that “it remains prudent to advise patients to significantly limit intake of dietary cholesterol in the form of eggs or any high cholesterol foods to as little as possible."
RELATED: 18 Superfoods for Your Heart
The review also discourages the use of coconut oil and palm oil, which are high in saturated fat, and includes a reminder that even olive oil—the heart-healthiest oil—is high in calories and should be consumed in moderation.
As for antioxidants, the review advises against supplements—for which there are no compelling findings of cardiovascular benefits—and recommends getting them from fruit and vegetables, especially fresh berries, instead.
RELATED:
For more news videos visit Yahoo View, available on iOS and Android.
Nuts can be part of a heart-healthy diet, says the authors, but are high in calories and should be consumed in small portions. Juicing is another easy way to overdo it on the calories, they add, so they recommend eating whole fruits and vegetables whenever possible. (If you do juice, they say, don’t include honey or other added sugars.)
The review also addresses gluten-free diets, stating that many of their health claims are unsubstantiated. They may be necessary for people with celiac disease or other gluten sensitivities, but they’re not recommended for the general population.
RELATED: Best and Worst Nuts for Your Health
The recommendations were crafted by the American College of Cardiology’s Prevention of Cardiovascular Disease Council, a group of physicians and researchers from around the country. Several of the authors have consulted for or have financial interests in the pharmaceutical, supplement, or food industries, which they disclose in the paper.
Cynthia Sass, Health’s contributing nutrition editor, says she agrees with the report’s advice on olive oil, berries, green leafy vegetables, plant-based proteins, and vitamin supplements. Other advice, she thinks should always be personalized.
“While I'd much rather see someone eat whole vegetables, for some of my clients, juicing fills a gap,” she says. “In other words it's either juicing or little to no produce.” And while she’s not concerned about some of her clients eating eggs, she does tell those who have (or are at risk for) heart disease or diabetes to limit them to one or two a day.
[brightcove:5159305475001 default]
Sass stresses that the new report is specifically about eating to prevent cardiovascular disease, and that nutrition advice should always take into account factors like physical activity and personal and family history.
“How you eat overall most of the time has the greatest impact on health risk,” she adds. “So if you limit whole eggs and processed meats but you don't hit the minimum recommendation for vegetables, and you eat too much sugar and processed foods you won't significantly lower your risk.”
Vera Bittner, MD, a member of the American College of Cardiology and professor of cardiovascular disease at the University of Alabama Birmingham, says the paper “distills a mountain of original literature and multiple guidelines into a few bottom-line statements” that are easy to understand and communicate.
“If we all followed this basic advice, obesity, diabetes, and cardiovascular disease would decrease markedly,” she says, noting that a healthy diet pattern is also associated with lower rates of cancer, as well. “So yes, we would be smart to take their advice.”