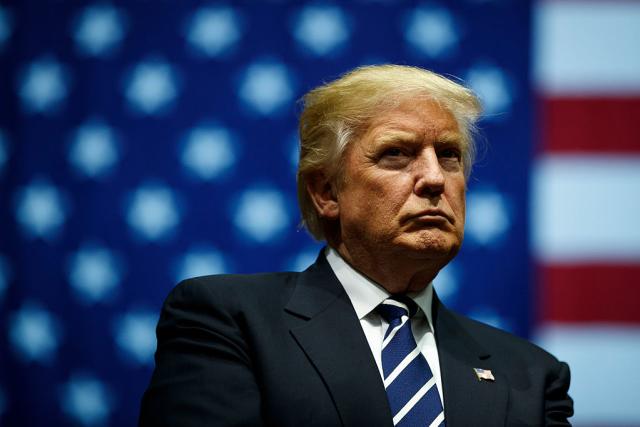 From Cosmopolitan
Donald Trump officially won the Electoral College and the 2016 presidential election Monday after surpassing the necessary 270 votes to become the next president of the United States.
Despite recent efforts from both parties to persuade Republican electors to vote against their states and cast their votes for candidates other than Trump on Dec. 19, the president-elect sailed to an easy victory Monday, winning a total of 304 votes - only two fewer than what he won during the November election - versus Hillary Clinton's 227.
In fact, NPR reports that there were more faithless electors voting against Clinton on Monday than there were against Trump. In Colorado, an elector attempted to vote for John Kasich instead of Clinton but was replaced with an alternate elector who voted for her. In Maine, an elector voted for Bernie Sanders instead of Clinton before he was ruled "out of order" and changed his vote. In Minnesota, an elector attempted to vote for Sanders but was replaced by an alternate elector who voted for Clinton. In Washington, where Clinton won the popular vote, three faithless electors voted for Colin Powell and one voted for Faith Spotted Eagle.
With all Republican states reporting, Trump lost only two electors in Texas: one faithless elector voted for Kasich and the other for Ron Paul. A third Texas elector resigned from his position and was replaced with an alternate elector, who honored the state's popular vote and voted for Trump.
"With this historic step we can look forward to the bright future ahead," Trump said in a statement Monday. "I will work hard to unite our country and be the President of all Americans."
The Electoral College has 538 members, which are divided based on the number of representatives each state has in the House plus one for each senator. It was originally put into place by the Founding Fathers as a kind of "safeguard" against true democracy, in order to keep unqualified candidates from entering office. It's also one of the least-liked institutions in American politics, with many rightfully criticizing it for being "undemocratic."
That being said, the results of Monday's election aren't particularly surprising: The Electoral College has never changed the results of an election in all of U.S. history, and historically, 99 percent of electors have voted for the candidate who won their state. No faithless elector has ever been prosecuted for voting against their state, either, despite some states legally requiring electors to vote with their states or to pay a fine.