Stephen hawkins  belts out some  shit .....from his laptop  ...i think  people  listen  to him  because  they are  fucking mentally imbalanced  ...any cunt  could  predict  we will be fucked in a thousand  years  ...... 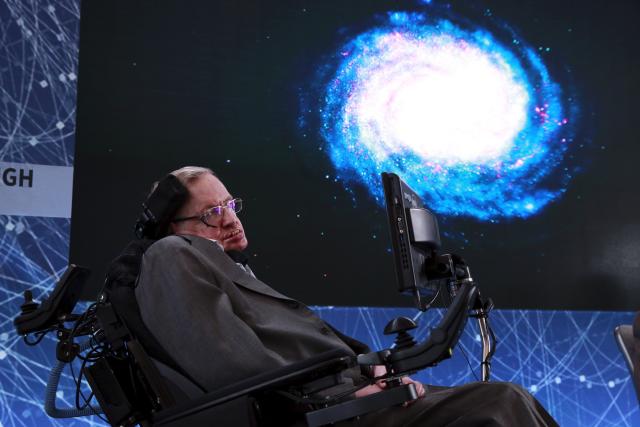 Stephen Hawking believes that humanity has less than a thousand years on Earth before a mass extinction occurs, the leading theoretical physicist said during a speech Tuesday at Oxford University Union, U.K.
According to Hawking, the only way humans can avoid the possibility of extinction was to find another planet to inhabit. At the talk, Hawking gave a one-hour speech on man's understanding of the origin of the universe from primordial creation myths to the most cutting-edge predictions made by "M-theory," which presents an idea about the basic substance of the universe.
“We must also continue to go into space for the future of humanity,” he said. “I don’t think we will survive another 1000 without escaping beyond our fragile planet.”
Earlier this year, the 74-year-old predicted that technology would lead Earth to a virtually inevitable global cataclysm.
“We face a number of threats to our survival from nuclear war, catastrophic global warming, and genetically engineered viruses,” he said in January. “The number is likely to increase in the future, with the development of new technologies, and new ways things can go wrong. Although the chance of a disaster to planet Earth in a given year may be quite low, it adds up over time.”
Hawking reportedly added that finding another planet was the only chance of survival.
“[We] have spread out into space, and to other stars, so a disaster on Earth would not mean the end of the human race,” he said. “However, we will not establish self-sustaining colonies in space for at least the next hundred years, so we have to be very careful in this period.”
Since 2009, NASA has been working to discover Earth-like planets that can support life.
The discovery of more than 2,000 planets has been confirmed so far and over 4,500 “planet candidates” are waiting to have their existence confirmed.
“The first exoplanet orbiting another star like our sun was discovered in 1995,” according to NASA. “Exoplanets, especially small Earth-size worlds, belonged within the realm of science fiction just 21 years ago. Today, and thousands of discoveries later, astronomers are on the cusp of finding something people have dreamt about for thousands of years.”


Popular posts from this blog