REALLY THEY ARE ONLY HUMAN THEY MAKE MISTAKES ITS JUST A JOB ...... 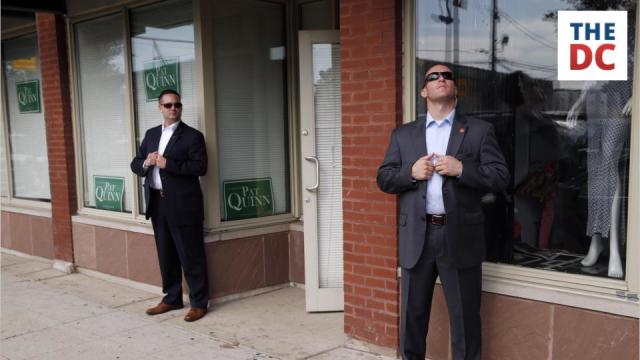 Wochit
WASHINGTON (AP) — A government investigation Wednesday criticized a bizarre Secret Service assignment that pulled agents from their duty near the White House and sent them to the rural Maryland home of a headquarters employee embroiled in a personal dispute with a neighbor.

The conduct amounted to a "serious lapse in judgment," the inspector general of the Homeland Security Department, John Roth, said in a statement accompanying an investigative memo he released. "These agents, who were there to protect the president and the White House, were improperly diverted for an impermissible purpose."
Although agency officials insisted President Barack Obama's safety was not compromised, the report notes Obama was at the White House on at least two days that the agents were "a 50-minute drive (without traffic) from the White House" checking on the headquarters employee. It found no legal justification for using Secret Service agents for such a purpose.
"The Secret Service's mission is to protect the president of the United States, and not to involve itself in an employee's purely private dispute best handled by the local police," Roth said.
A Secret Service spokesman, Ed Donovan, said in a statement, "The Secret Service has received the OIG memorandum and is reviewing it for findings." Homeland Security Secretary Jeh Johnson said that he'd asked Joe Clancy, the acting director of the Secret Service, which is part of DHS, to "take any appropriate disciplinary action that he deems necessary and report back to me."
The report comes as Congress is investigating the Secret Service over a series of security breaches and scandals, including a recent incident where a man with a knife scaled the White House fence and dashed all the way into the East Room.
View gallery 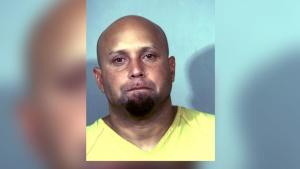 White House Fence Jumper Omar Gonzalez Had 800 Rounds of Ammo in Car, Prosecutors Say (ABC News)
Compared to that failure and other incidents, including a prostitution scandal in Colombia, "Operation Moonlight" stands as a strange side note. It happened three years ago but came to light this past May in a report in The Washington Post.
A Secret Service employee who worked as the assistant to then-director Mark Sullivan was involved in a dispute with her neighbor, who was harassing her and assaulted her father. This "resulted in the loss of several of her father's teeth," the report says.
Local police arrested the neighbor, and the employee, Lisa Chopey, sought out a protective order. But it didn't stop there. She told investigators that Keith Prewitt, then the deputy director of the Secret Service, was a family friend. And when he heard her story, Prewitt told A.T. Smith, then the assistant director for investigations, that the Secret Service should do something to help her out.
Smith directed one of his managers to have agents drive out to Chopey's home in La Plata, Md., to check on her. The report says that Sullivan, the agency director who's since retired, was made aware of that decision, but Sullivan disputed that in a statement Wednesday, saying that he'd only learned of the checks being made on Chopey after they'd already stopped.
The agents assigned to the task were from the agency's so-called "Prowler" unit, a rotating team of two special agents who are supposed to respond to suspicious people and situations in and around the White House and national capital area. Prowler teams are not part of the presidential protective division, and agency personnel interviewed for the report insisted their protective function was not compromised. The mission was over before long — five days of visits are documented, with the longest lasting eight hours.
But the report notes that during those times, "the Prowler team would have been unable to respond to exigencies at the White House." And on at least two of those occasions, Obama was in the residence.
Several of the people named in the report, including Chopey, have retired or moved on from the Secret Service, but Smith is now the agency deputy director. Donovan, the agency spokesman, said Smith would not be made available for an interview. Prewitt did not respond to a phone message.
Rep. Jason Chaffetz, R-Utah, who is leading investigations of the Secret Service as chairman of an oversight subcommittee, said Smith should be fired and agency officials' contention that the president's safety was not jeopardized by the mission were "hogwash."
"It shows how problematic the Secret Service is, top to bottom," Chaffetz said. "This is inexcusable."
___
Follow Erica Werner at http://twitter.com/ericawerner
at October 24, 2014
Email ThisBlogThis!Share to TwitterShare to FacebookShare to Pinterest
Newer Post Older Post Home