Singer Joe Cocker is dead at 70

By Brandon Griggs, CNN
updated 5:01 PM EST, Mon December 22, 2014
Source: CNN
STORY HIGHLIGHTS
(CNN) -- Joe Cocker, the British blues-rock singer whose raspy voice brought plaintive soul to such hits as "You Are So Beautiful" and the duet "Up Where We Belong," died Monday after a battle with lung cancer. He was 70.
Cocker's performing career spanned some 50 years, from Woodstock, where he sang the Beatles' "With a Little Help From My Friends," to the digital-music era. He had tour dates scheduled well into 2015.
"Goodbye and God bless to Joe Cocker from one of his friends peace and love," tweeted Beatles drummer Ringo Starr.
Cocker began as a singer in England at the same time as the Beatles, with whom he was often linked. He played pubs across the country in a series of rock bands before he and his Grease Band recorded "With a Little Help From My Friends" in 1968 with Jimmy Page, Steve Winwood and others. 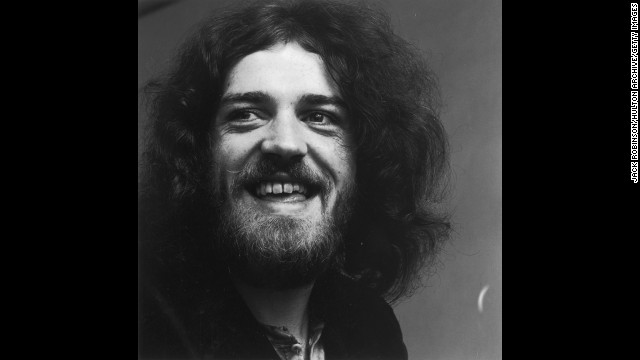 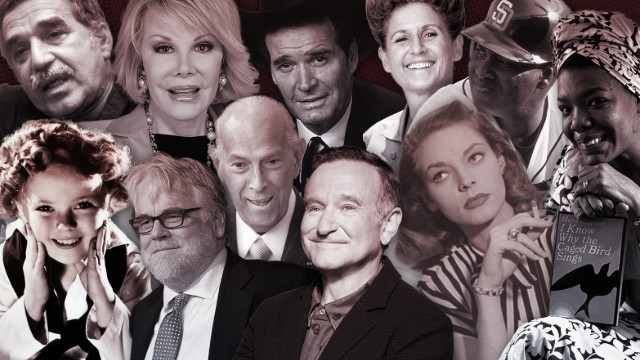 Photos: People we lost in 2014
The song became a No. 1 hit in England and propelled him to Woodstock, where his passionate live version was a festival highlight and launched his U.S. career.
Cocker scored another major success in the early 1970s with "Mad Dogs and Englishmen," a live album and concert film.
"Up Where We Belong," his duet with Jennifer Warnes from the movie "An Officer and a Gentleman," was Cocker's biggest U.S. hit, topping the Billboard singles charts in 1982. It also won him a Grammy, and the Oscar for best original song.
Cocker was known for his spasmodic movements on stage, where he often flailed his arms as he sang. His distinctive moves, he said, were almost accidental.
"I never played organ or piano or guitar, so it was more out of frustration and me just trying to impersonate in a way," Cocker told the Broward-Palm Beach New Times in 2012. "I did it subconsciously. People mistook for me being ill, like I had palsy. I'm not nearly so demonstrative now, but I still have my own way of feeling the rhythm."
Cocker also had lesser hits with covers of torch classic "Cry Me a River," Traffic's "Feeling Alright," the Boxtops' "The Letter" and the Beatles' "She Came in Through the Bathroom Window."
In the 1980s his witty cover of Randy Newman's "You Can Leave Your Hat On," was featured in the erotic drama "9 1/2 Weeks" and became a strip-tease anthem.

WE LOVED YOU FOREVER, WE WILL MISS YOU ALWAYS...RIP JOE COCKER.
— Steven Tyler (@IamStevenT) December 22, 2014

The singer told the Daily Mail in 2013 that by the 1970s his descent into drugs and alcohol had become so severe that he sometimes forgot the lyrics to songs.
"If I'd been stronger mentally, I could have turned away from temptation," Cocker said. "But there was no rehab back in those days. Drugs were readily available, and I dived in head first. And once you get into that downward spiral, it's hard to pull out of it. It took me years to get straight."

He credited his wife, Pam, with helping him get sober.
"It was Pam who helped me get myself back together," he said. "She made me think positively. I was very down on myself. She made me realize people still wanted to hear me sing, and convinced me I could escape the downward spiral."

So sad to hear about Joe Cocker. What an entertainer. One of a kind voice. Rock won't ever sound the same.
— Kevin McHale (@druidDUDE) December 22, 2014

In 2012 he released the album, "Hard Knocks." That year he talked to NPR about the project and his love of his life in Colorado -- despite the harsh winters.
"I embrace the winter these days," he said in the interview. "The best thing to do is get a big house. If you are going to have cabin fever, have a big cabin. I walk on a regular basis, I have a couple of dogs. The house tucks right into the mountains. I literally feel I have become a mountain man over these past couple of years."
Musicians of all ages and genres took to Twitter to pay tribute.
"So sad to hear about Joe Cocker. What an entertainer. One of a kind voice. Rock won't ever sound the same," tweeted "Glee's" Kevin McHale.
People we've lost in 2014

at January 29, 2016
Email ThisBlogThis!Share to TwitterShare to FacebookShare to Pinterest


WOULD LOVE TO THANK SCOTLANDS DAILY RECORD ON THE SUPERB STORY ON DAVID BOWIE......

Play
0:00
/
2:04
Fullscreen
Mute
Share
Millions of fans have paid personal tributes to David Bowie around the world - including organising a street party at his birthplace.
Hundreds will sing and dance the night away in Brixton as dozens visited a nearby memorial to leave flowers, touching notes and even paintings.
Today the world woke up to the tragic news that Bowie passed away aged 69 after battling with cancer.
Brixton Buzz, a local blog, is hosting the Let's Dance party in a pub round the corner from where Bowie was born.
Read more: Rock legend 'fought back from SIX heart attacks' to make final album
It was also reported that David Bowie fought back from six heart attacks in the past year to make his final album.

The rock legend - whose new album was released just last week - passed away this morning aged 69 following an 18-month battle with cancer, his family said in a statement.
Now, his biographer, Wendy Leigh, has claimed that he suffered half a dozen heart attacks during his fight against the deadly disease - but fought back from each of them.
“He didn’t just battle cancer if that’s not enough - he had six heart attacks in recent years," she told BBC News.

Just down the road from his birthplace hundreds are attending a Brixton Bowie street party.
The event on Facebook says: "Bowie's time on this earth may be over, but he sure left us some great music. Today is a day to gather together and celebrate.

"Please share with anyone you think would be able to help with music or any other element of this event - bring instruments, speakers, food and most importantly love."
Leave your tributes for David Bowie here.

There will also be Bowie nights at local pubs and restaurants.
The Prince Albert pub posted on Facebook: "Tonight, we’re going to drink, dance and celebrate Brixton’s finest son with a night of David Bowie music in the Prince Albert on Coldharbour Lane Brixton – not far from where the great man was born.

"We’ll be playing his hits, album tracks, obscurities and more – plus some of his musical influences and the artists he inspired – and screening videos and photos of the great man.
"Please come and join us and share a toast toast to the genius that was David Robert Jones, aka David Bowie. We loved his music and are devastated by his death.

"It’s free admission all night. Dress up if you feel like it. Let’s do Bowie proud."
CLICK TO PLAY

Lifelong Bowie fan Brendan McGowan, 53, said he was 'stunned' and 'saddened' at the news of the rockstar's passing.
He said: "I was absolutely stunned. The guy just brings out a new album, which will obviously go to number one now, and you're thinking - great - there's more music in him.
"You just don't imagine a guy with that much energy and creativity and commitment to music is going to die.
"The truth is, he's had this cancer for eighteen months, so he recorded this album while he knew he was dying.
"People will start listening to that album and looking at it in a completely different way.
Read more: David Bowie's wife shares touching tribute as musical legend dies after secret battle with cancer

Read more: David Bowie on death: 'What do I do with the time I've got left?'
"Everyone says the same thing about Bowie: a good bloke. For all this stardom and weirdness and edginess he was a good bloke, a very funny guy, very warm, very good at putting people at ease.
"He was very accommodating, too. He was posing for photos with fans just 30 seconds before he was supposed to be on stage."
Bowie's family and representatives confirmed the news of his death this morning.
A message was posted onto his official social media accounts today, including Twitter, Instagram and Facebook, confirming the heartbreaking news.
It read: "David Bowie died peacefully today surrounded by his family after a courageous 18 month battle with cancer.
"While many of you will share in this loss, we ask that you respect the family’s privacy during their time of grief."
David's son, film director Duncan Jones, 44, also confirmed the news via Twitter.
Underneath a touching picture of himself as a toddler being carried by his famous father, he wrote: "Very sorry and sad to say it's true. I'll be offline for a while. Love to all."
at January 11, 2016
Email ThisBlogThis!Share to TwitterShare to FacebookShare to Pinterest
Newer Posts Older Posts Home
Subscribe to: Posts (Atom)